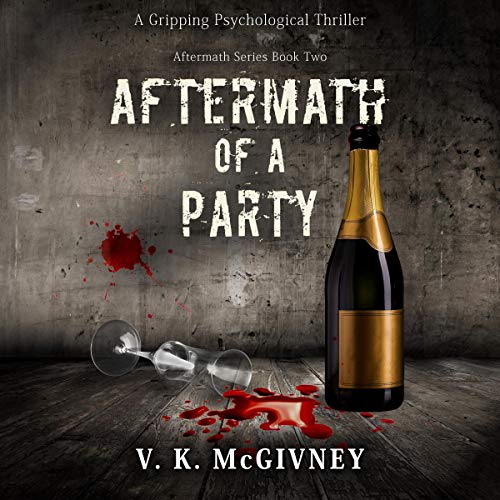 Aftermath of a Party (A Gripping Psychological Thriller)

When a birthday turns out to be a death day....

Hanna Walker wakes up in a hospital bed but has no memory of what has happened to her. When questioned by the police, she is devastated to learn that her lifelong friend, Stella, has been murdered and she herself left for dead, after Stella’s recent birthday party.

During the murder investigation Stella’s ex husband and several of her former lovers fall under suspicion. When Stella’s own activities in the period leading up to the party also come under the spotlight, Hanna is forced to revise her opinion of the woman she thought was her closest friend.

But was Stella a real friend?

Don’t normally go in for thrillers, but based on a recommendation from a friend decided to give Aftermath a go.

Glad I did - was a fun novel and the narration was well-done.

Hannah is a sensitive woman capable of true friendship
The turns and twists of the story as she learns the truth of her friends death is gripping and real. Who is the killer.? She discovers in a most devastating way.

Good grief what a horrible listen,.. while the book itself was tepid at best,.. the agony was compounded by hiring the most inappropriate narrator,
the lead women were supposed to be 39 turning 49,.. the narrator was elderly..!!.. a thin reedy querulous voice as only the ancient can sound,.. my only hope is that she used her paycheck for some new dentures..!!