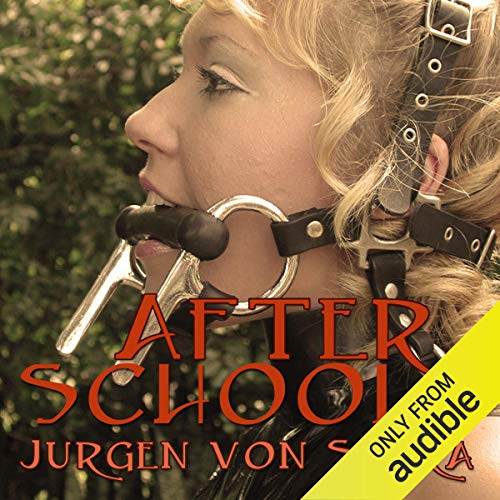 By: Jurgen von Stuka
Narrated by: William Reid
Try for £0.00

Lucy is shipped back to Europe on an air freighter and ends up in a convent in Bulgaria where the nuns happily go about improving her demeanor and, among other things, her Pony skills. Lucy ends up in deepest Asia, and The Greenhouse, a human botanical garden owned by Fabian, the deviant former boyfriend.

What listeners say about After School

Where does After School rank among all the audiobooks you’ve listened to so far?

What was one of the most memorable moments of After School?

There were too many to mention.

What does William Reid bring to the story that you wouldn’t experience if you just read the book?

I love the way he is able to change accents for each character. I have listened to several books narrated by Mr. Reid and his narrative style makes the books even better.

I did, but I just do not have the time,

This genre of books is my guilty pleasure.

Dry, passionless, monotone, I may not have wasted money on this but I did waste time.

needs a female narrator .
Seems she ran out of main story so inserted non related side stories . Should have been more descriptive of the pony stage of the story , it was just skipped entirely .

hard to listen to

I found this hard to finish

I got this book well recommended, and I am no stranger to very adult stories. But I found this really hard to finish. This is not a book about a journy and evolution or even an extreme but pleasant fantasy, it is a sexual horror novel where the protagonist hopefully survives very Evil people. Far more in common with the movie 'Hostel' than 'Story of O' or '50 Shades of Grey'. Be aware of that before you start reading.

And this is not helped by the narrator being very stoic and even toned while reading.

This book ha effectively killed any fantasies that I had in the BDSM arena while at the same time showing me ways to enjoy bondage and domination in ways that I never previously imagined. Sadly the extreme torture described in detail in book made even light S&M have bad connotations in my mind now. I was aware of my genitals and numerous other sensitive parts throughout the entire story less because I was turned on than in empathy.
All that said the plot was so interesting that even when I realized that I would not be turned on by any of it, I had to listen. If you can make it through the gruesome acts, the story is surprisingly well written.

The Russian narrator kind of ruined the whole mood

The story would have been more intrigueing had it not of had a male Russian with a thick accent ?