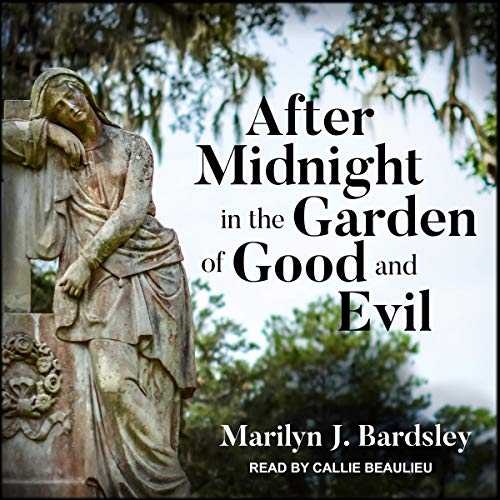 After Midnight in the Garden of Good and Evil

By: Marilyn J. Bardsley
Narrated by: Callie Beaulieu
Try for £0.00

As a premier antiques dealer in Savannah, Jim Williams had it all: style, culture, charisma, and sophistication. But three decades of hard work came crashing down the night he shot Danny Hansford, his wild young lover. Jim Williams stood trial four times over the next decade for premeditated murder.

While Clint Eastwood's movie - starring Kevin Spacey and Jude Law - and the book Midnight in the Garden of Good and Evil by John Berendt portrayed the natives of Savannah as remarkably decadent, exotic characters, they missed the surprising dark side of Jim Williams himself. He was a smooth predator whose crimes could have put him behind bars long before the death of Danny Hansford.

After Midnight in the Garden of Good and Evil is Marilyn Bardsley's continuation of the story, which includes crucial testimony recreating the courtroom drama between a gifted prosecutor and a brilliant defense attorney as they battle over the future of a self-made aristocrat. Revealing insider interviews bring new life to the vivid cast of characters in this unique southern crime story.

A kind of fill in the blanks for Midnight in The Garden if Good and Evil. Very strong and well written.

Get the trial transcript instead

There were some new things I learned about the story from this book. However, the last chapter is literally Sonny Sieler's closing statement, word for word. Like over an hour of the five hours. I hope she paid him for creating content.

should have just read Lawyer Games After Midnight in the Garden of Good and Evil. this book was just reading the court transcripts. didn't enjoy it. didn't learn much about the case.

I enjoyed getting a deeperook into this case. The narrator sounded a bit robotic however. I found it distracting.

To be honest, I did not believe that a true story of an event would prove to be a captivating read. Man oh man, was I wrong!

The narrator, Callie Beaulieu, kept the pace of the book moving along relentlessly. It was almost hypnotizing. So, congratulations to Callie for a job well done.

The author clearly did her research. Her conclusion is one with which I agree. If you think you know all there is to know about Jim Williams and the shooting that took place that early morning from the movie or the original book, you do not.

I highly recommend this audio book.

I was very excited to listen to this immediately after listening to Midnight in the Garden of Good & Evil. However, my excitement soon turned to disappointment as I slowly realized that the author was merely retelling the same story, but only hitting the highlights. It reads like a college literature review at best and a high school book report at worst. The best chapter was when the author literally regurgitated the defense attorney's closing argument word for word. Sad that the best writing in the whole book was someone else's. This book did not live up to my expectations at all. Could not recommend this one, ever.

Glad I found this

Have listened twice so far. Very interesting companion to the main book. Gives you intriguing info.

The Rest of the Story

I found Marilyn J. Bardsley’s account of Jim Williams’ trials to be very credible and interesting as well as well-written. Moreover, the narrator, Callie Beaulieu did a great job. I listened to this audiobook in one sitting.