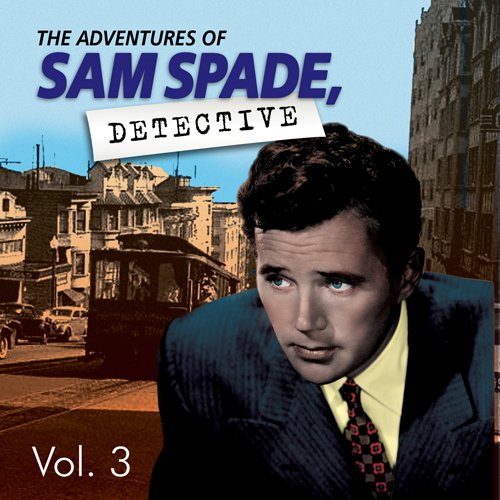 This collection of the Adventures of Sam Spade contains five episodes of the classic radio series:

These programs feature Dashiell Hammett's classic detective, who burst from the pages of The Maltese Falcon. Howard Duff plays Spade and Lureen Tuttle is his faithful secretary, Effie. The series appeared on three different radio networks: ABC (1946), CBS (1946-49), and NBC (1949-51). Toward the end of the series' run, Steve Dunne replaced Howard Duff in the title role. The program won a 1947 Edgard Award for Best Radio Drama.

What listeners say about Adventures of Sam Spade Vol. 3