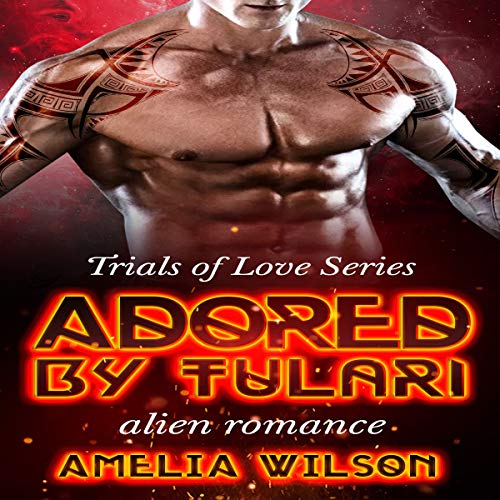 By: Amelia Wilson
Narrated by: Charlotte White
Try for £0.00

Despite learning everything she could about the savage world of Sara, nothing could have prepared Jennifer for him.

As a new recruit on her father’s base on an alien world, Jennifer Raynor followed her father’s footsteps in becoming a soldier when her mother died. On a bright and beautiful world full of Sara, she would prove her worth.

On what should have been a routine day, a single Nulani alien approached their base. Through a series of catastrophic events, she is forced to flee into the jungle alone without technology, armed with only her rifle and the will to survive.

She must survive the harsh environment and predators of the jungle until she confronts another Nulani. But will this one prove to be her savior or the one to bring her downfall?

In this beginning of many stories, you will witness environments and creatures you would never expect, while watching the ascension of a king and human who wish to see the long war come to an end.

Despite their efforts, monsters and humans alike will attempt to stop them any chance they get. It’s up to them to endure and secure a brighter future.

What listeners say about Adored by Tulari: Alien Romance

Though I own the ebook, I listened to the audio book which was a gift from the author.

This is a pretty short book. The beginning of it is about a battle between humans and the alien inhabitants of a planet. The aliens can touch someone and take their identity. This means trouble for the humans, of course. Flash forward many years. One of the humans is now the commander of a based on the alien planet. His daughter is a new recruit assigned to his base. When an alien is seen coming towards the base with equipment from a patrol group. Jennifer decides to make a good impression on her father by going out to meet the alien and try to take him prisoner. Things do not go that way at all.

I will let you read or listen to the story for yourself. I am assuming it is the first book in a series that will continue the story of the aliens and humans on the planet.