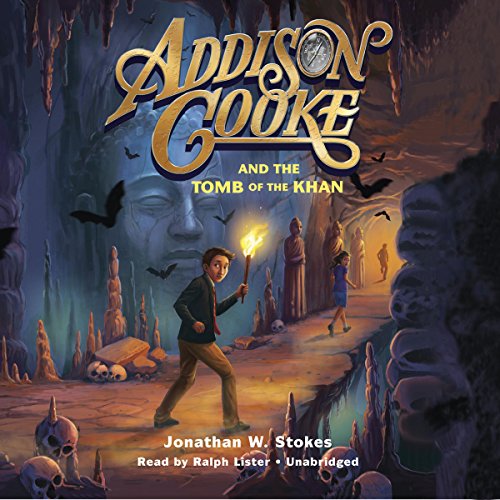 Addison Cooke and the Tomb of the Khan

By: Jonathan W. Stokes
Narrated by: Ralph Lister
Try for £0.00

The Goonies meets Indiana Jones in Addison's second laugh-out-loud adventure! A journey through Asia in pursuit of the legendary tomb of Genghis Khan.

Fresh off of a victorious treasure hunt and rescue mission in South America, Addison Cooke just can't seem to steer clear of rogue bandits, pesky booby traps, and secret treasure troves. But it sure beats sitting around in school all day.

Addison's aunt and uncle, on the other hand, are none too happy about their habit of attracting kidnappers. When they become pawns in a dangerous gang's plan to steal the most prized possession of the notorious Mongolian leader Genghis Khan, Addison and his friends find themselves once again caught in the middle of a multi-million-dollar international heist. Armed with nothing but their wits and thirst for adventure, they travel across Asia in an attempt to rescue Addison's family and stop the treasure from falling into the wrong hands.

Brimming with round-the-clock action and tons of laughter, Addison Cooke and the Tomb of the Khan is perfect for fans of Indiana Jones, ancient history, and James Patterson's Treasure Hunters series.

Addison Cooke and the tomb of the Khan