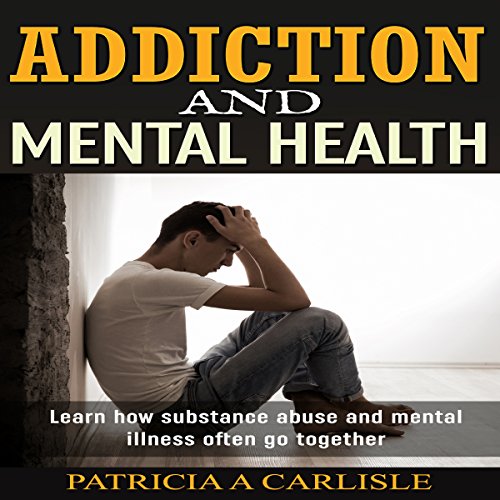 By: Patricia Carlisle
Narrated by: David Winograd
Try for £0.00

You're about to discover how substance abuse and mental illness often go together.

Addiction and mental health is a serious and critical issue in our society. Imagine a city occupied by drug addicts and mentally ill individuals, how do you think such a city can fare? Probably you would agree that such a place is actually building a foundation set on a time bomb. When a person is addicted to a substance which serves a specific purpose and on the long run, the addiction becomes abusive; there is every tendency that such person can become a dangerous member of society. Hence, the problem of substance abuse is a topic that links up with mental illness and often go together in many instances.

The first remains that, some people are having issues of abuse of substance which resulted into mental health problems, while some experience mental health conditions as a result of the fact that they probably were born that way or that they were exposed to certain conditions that led them to the problem. It is also on record that; it is either a person is suffering from one of the two or both. However, mental health problems are often interwoven and ascribe to substance abuse by the common man and that one of them is more vulnerable and definitely lead to the other. But experts have been able to analyze the difference between the two, and the functionality of the two is going to be determined in this audiobook.

Here is a preview of what you'll learn....

What listeners say about Addiction and Mental Health

the book was too short and too basic.
would like to have had a book. each chapter is only a few minutes