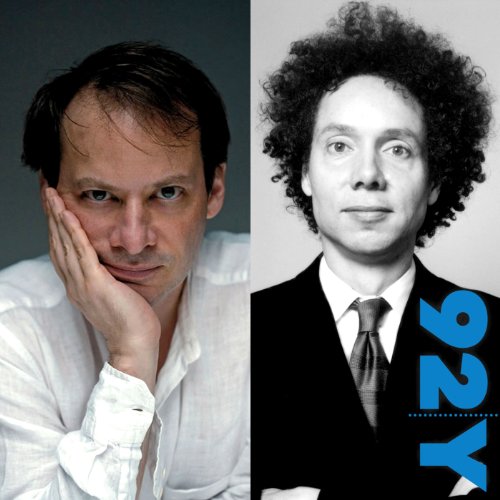 Adam Gopnik and Malcolm Gladwell often appear in public together, and it is easy to hear why. They have an amiable and intellectual rapport as they discuss a broad range of subjects, always agreeing and disagreeing respectfully. In this 2010 conversation at the 92nd Street Y, the two widely-read writers discuss the differences between the Canadian and American healthcare systems, professional football, longform writing, the use of the word "like", and civilization as we know it. The title of their discussion is taken from the Samuel Johnson poem "The Vanity of Human Wishes". The recording skips the introduction and jumps right into the meat of their discussion.

New Yorker essayist Adam Gopnik and sociologist Malcolm Gladwell revisit their debates about healthcare, education, media, and a variety of other subjects. The event, introduced by Daniel Sullivan, general consul of Canada, and Simon Center director Henry Timms is followed by an extensive Q&A.

What listeners say about Adam Gopnik and Malcolm Gladwell

Where does Adam Gopnik and Malcolm Gladwell rank among all the audiobooks you’ve listened to so far?

Delightful conversation between two friends. I appreciate some of these shorter Audible offerings besides full-length books. Gladwell and Gopnik are both great thinkers, have a wonderful sense of humor, and articulate ideas well. They also ask questions, the sign of great thinkers.

This delightfully interesting conversation was mildly provocative, more than occasionally amusing, and very sharp. Two thoughtul and smart guys, both articulate, clearly enjoying one another. Pleasure to listen in.

I can't identify who Daniel Sullivan and Henry Timms might be, but if they are actors portraying Adam Gopnick and Malcolm Gladwell, they do great imitations.

May we please get more conversations with these two men? This was refreshingly delightful to listen to!

I think Malcolm Gladwell is an excellent author and I read all his books but he is a dupe on this audiobook. Adam Gopnik is ridiculous and pompous and this audiobook is worthless. Let both of them go back to Canada and be quiet. But, Malcolm, keep writing.