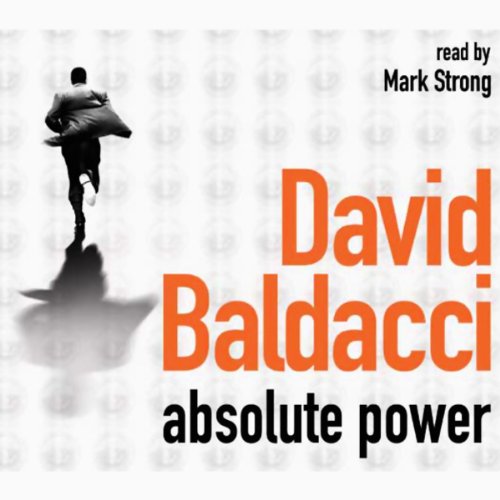 By: David Baldacci
Narrated by: Mark Strong
Try for £0.00

Set in Washington D.C., this fascinating thriller of unparalleled suspense dares to explore an unthinkable abuse of power and criminal conspiracy: a vicious murder involving the US president and a cover-up orchestrated by his zealously loyal chief of staff and the Secret Service.

But unknown to the president and his lackeys, one unlikely witness saw everything. Trapped behind a two-way mirror in a country house in Maryland, Luther Whitney, a professional burglar, witnesses an event that destroys his faith in justice. By the time he escapes, pursued by two Secret Service agents, a young woman has been sexually assaulted and then shot dead. And a breathtaking cover-up has been set in motion.

"A first-rate storyteller who grabs readers by their lapels right away and won't let go until they've finished his enthralling yarn." ( Publishers Weekly)

What listeners say about Absolute Power

A great performance, excellent story, what a shame that the only version on Audible was abridged. It just jumped to the end with all the expected suspense building parts cut.

What a story. What a reader.

Would you consider the audio edition of Absolute Power to be better than the print version?

I definitely would on this occasion.

The pace and twist and turns.

Which character – as performed by Mark Strong – was your favourite?

They were ALL excellent, what a gifted actor he is.

No, but kept me gripped.

Congratulations to Mark Strong, a triumph.

Love the fact Mark Strong can do all these voices! He is a great, truly underappreciated actor. He seamlessly switches accents between narrative and acting all the different roles.

The plot is the best Baldacci novel, made into a film, which this version more than holds its own against. It was an exceedingly entertaining listen which enlivened my commute.