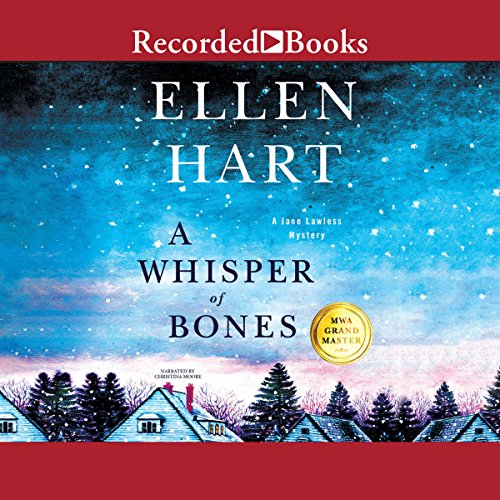 A Whisper of Bones

A Whisper of Bones

Britt Ickles doesn't remember much from her only visit to her mother's childhood home when she was a kid, except for playing with her cousin Timmy and the eruption of a sudden family feud. That's why, when she drops by unannounced after years of silence, she's shocked when her aunts tell her Timmy never existed, that she must be confusing him with someone else. But Britt can't shake the feeling that Timmy did exist...and that something horrible has happened to him. Something her aunts want to cover up.

Britt hires Jane Lawless, hoping the private investigator can figure out what really happened to her cousin. When a fire in the family's garage leads to the discovery of buried bones and one of the aunts dies suddenly and suspiciously, Jane can't help but be pulled into the case.

Do the bones belong to Timmy? Was the aunt's death an accident, suicide, or homicide? What dark secret has this family been hiding for decades? Fans of Jane Lawless new and old will be fascinated by newly minted MWA Grandmaster Ellen Hart's latest intricate puzzle.