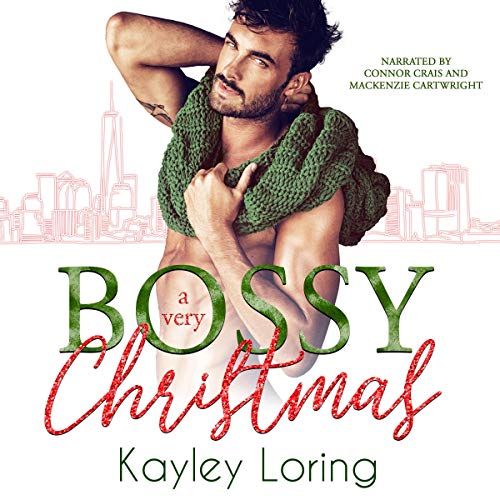 What's the actual last thing you'd ever want your executive assistant to see you doing the morning after you had hot, drunk, angry sex with her in a terrible hotel room? Dancing around your terrible hotel room to "Come and Get Your Love" like Star-Lord in Guardians of the Galaxy - naked? Yeah. Me too.

And yet, here we are.

This isn't even the most unprofessional thing that's happened between us in the past couple of weeks.

The first was when I agreed to let her have Christmas Day off, but only if she goes with me to three family gatherings as my fake girlfriend.

The second was when she caught me belting out a Christmas song on stage in the awful hotel bar.

The third was the hot, drunk, angry sex that followed, but I do not regret it.

And she hasn't even found out the real reason I need her by my side this holiday season.

I need to pull it together before I do the dumbest, most unprofessional thing of all - fall head over heels in love with the only assistant who's lasted more than a month at the job and claims to hate me and my moods more than she hates eggnog.

And I've seen how much she hates eggnog.

This audiobook is dual narration, with portions that are duet-style.

What listeners say about A Very Bossy Christmas

liked it a lot

I got my hopes up at first, as it seemed both narrators would do all their main character's dialogue. Unfortunately, it didn't last long. This is my only gripe with this audiobook. Connor has a simply divine voice but I'm not a fan of his version of the FMC's voice. Other than that, this is a steamy yet humorous book which I enjoyed immensely.

A true Christmas treat performed beautifully by MacKenzie Cartwright and Connor Crais. Filled with fun and great banter, I have enjoyed every minute! 💖💖💖💖💖

Romantic Comedy at its Best

Kayley Loring does it again. The humor and banter between the two main characters makes this book worth the listen all on it's own. Add in the story, side characters and sexy times and you have a five-star listen. I hope to get more books including stories for Declan's siblings. I listened to the audo version of this book. Mackenzie Cartwright and Connor Crais were fantastic. Connor does an Irish access in part of the story and it is everything. Mackenzie is so great and I hope to continue to hear more from her.

5 stars are not enough for this book.

I have absolutely no hesitation in recommending A Very Bossy Christmas to anyone who enjoys romantic comedies. It's a refreshingly different twist on the fake relationship trope in that the big reveal isn't the fake relationship. The male narrator Connor Crais' gruff sexy voice is perfect and really brings Declan to life. The Female narrator, Mackenzie Cartwright, is brilliant as Maddie and she especially shines as Maddie's teenage niece Piper who is adorable. Keep a look out for the punny chapter names! I know this will be an audiobook I listen to over and over again at any time of the year.

A very hot and bothered Christmas! 🎅🏼 🤣

Super steamy Christmas workplace romance. 🎁 Maddie and Declan were all the feels for the holiday season. ❄️ Great job, Kayley! ❤️ Connor and Mackenzie were the angels on top of the tree! 🎄

WHAT A LITTLE GEM

Oh what a gem of a story this was.. a fun and cute office romance/fake girlfriend banter-filled love story. And the character connection, the easy flow of the story, the laughs, the sizzles, the charm, the amusing secondary characters and the tender sentiments were all perfectly brought to life by Mackenzie and Connor (Connor you did swoon-worthy accents). Kayley, thank you, you’ve written a very entertaining and thoroughly enjoyable fun and flirty story that warmed my heart. WORTH A CREDIT? Yes absolutely worth it.

This was such a fun and easy listen. Thr banter was hot and and the tone of this was funny and entertaining. The narrator performed an enthusiastic and sweet audio delivery. If you fancy a cute fun filled bite of a fluffy holiday romance this one is for you.

A Very Bossy Christmas is a very funny, office, fake relationship romance! I loved Declan and Maddie! Their chemistry was on point and their banter was so fun to read. The two of them (and their families) had me laughing and I didn't want this book to end. Declan was so gruff but melted perfectly for Maddie and when his Irish came out *swoon*! Maddie is a spit fire of an assistant and I love that she keeps him on his toes. Excellent holiday romance that I recommend everyone read (or listen to - I did and the narrators were superb)!

All the fun, humor & steam in this holiday treat!

What a feel-good, laugh-out-loud, delightful holiday read!! This book was so much fun! I was seeing a lot of buzz surrounding this book, especially the audiobook, so I indulged myself and used an Audible credit. I loved the Boston accents, the IRISH accents, the crazy family dynamics and silly shenanigans. I love a fake relationship trope, and this one delivers in spades! Connor Crais and Mackenzie Cartwright were a dream team in this audio delight! All the Christmas puns and delightful banter were a highlight for me, and this makes me want to read MORE Kayley Loring! Give me MORE!

This was my first time listening to this author and it was simply amazing, from the narrator's and the story line ... I look forward to listening to more from this author..

I just thoroughly enjoyed this book. I laughed, smiled, cried and laughed again. The narration was terrific. It was so much fun.

This was my first Kaylee Loring story and I will be reading/listening to all of her collection soon. I always enjoy Connor and Mackenzie they bring the story alive from the first page until the end. I visualize the story like a movie and they are both extremely talented. I am so happy that I found the time to enjoy this holiday story.

I have read this book twice. I was half way done with it before I clued into that fact. but never less it was still a fun read. These two people just complete each other. I very much enjoyed the narrator using such a great Irish brough that was really sexy and sounded very authentic so good job Connor. I highly recommend this book to others, enjoy your reading.

This was my first book by Kaley Loring and I loved it! The banter is quick, witty, funny and perfect. I loved the family side characters and felt like I was sitting at the dining table with them. Connor Crais and Mackenzie Cartwright were awesome and totally nailed all the great accents. Will definitely be looking for more from Kaley Loring.

This was my first experience with both narrators, as well as the author, and I could not be more pleased. The writing is heartfelt, romantic, sexy, and hilarious. The characters are fleshed out and relatable. The narration is the best I've ever heard. Connor Crais is my new favorite audio crush, and MacKenzie Cartwright is ridiculously talented and hilarious. I cannot recommend this book more highly. I plan on seeking out more books from all 3 ASAP!