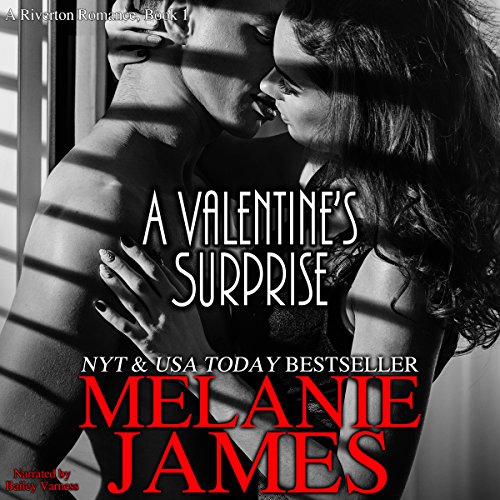 Adam is a local police officer who has never been interested in finding romance or love. He spent the last ten years raising his kid sister after their parents were killed by a drunk driver. When his seemingly quiet morning patrol takes a deadly turn, Adam starts to think about life and love a little differently. He sets his sights on the beautiful yet guarded Amanda. Can his fire burn deep enough to unlock her innocent heart?

What listeners say about A Valentine's Surprise

Really enjoyed listening to this even though it was short the story was complete and interesting .

You never know when you will find the love of your life! Adam starts out his day as a policeman like any other. When tragedy strikes and he is taken to the hospital, everything is about to change! Amanda is a nurse, doesn't have time for a life of her own. Taking care of her patients is her main goal. Until Adam. When he wakes up and sees her for the first time, he knows she is the one. Will he be able to convince her? I love these kind of insta-love romances. Adam is every girl's dream. Good looking, romantic and wears a uniform, how can Amanda go wrong? But can she fall in love with a patient? Amanda is caring and loving. It's a quick listen that will warm your heart and put a smile on your face. Bailey Varness brings it all to life with an easy pace and warm narration.

Who knew a situation that could have been devastating for some could turn into an instalove story with a sweet and happy ending. Loved the book and Barry was done wonderfully.

Perfect for my bath time and I listened to this in one sitting - although I did have to top the hot water up a couple of times!!

It had all the elements of humour and emotion we've come to expect from Melanie James ... and lest we forget of course the steamy passion!!

Adam, a dreamy alpha police officer with an adorably sweet disposition and Amanda, a lonely nurse who's no pushover despite her shyness - good ingredients which make up the recipe for a delightful story with a happy ending.

Well written and well narrated by Bailey, I would not hesitate to purchase other audio books by Melanie James in the future.

Melanie James is definitely an Author to look out for ...... I think there may possibly be another book to follow on from this relating Jenny & Jake's story!!

Result - I was thoroughly entertained!! I had a wonderful long soak and due to it being an audio book, no Kindles or Paperbacks were drowned this time!! This is what I call a win - win!!

This was such a tender and sweet short story. It shows you how when you're ready and find the right person love happens. This story was not just sweet, but also very sexy! I can't wait to read the next story.

What a magnificent story of love! A story of love that most women would envy! Characters are relatable and easy to like! Great job Melanie!

The narrator was amazing! She kept me wanting to listen even when the characters annoyed me :)

I loved the way family was so important to both of them :)

What does Bailey Varness bring to the story that you wouldn’t experience if you just read the book?

Bailey Varness breathes life into this novella in unexpected ways. Her incredible performance makes you stick with the characters even when you want to throttle them :) I believe I wouldn't have finished this book if I had been reading it because of my intense dislike of one of the characters but I am glad her narration made me stick with it! It was a very good story in the end and I can't wait to listen to the next one :)

The lunch date was funny. Especially as everyone was conspiring to make it happen.

This series must be listened to (or read) in order. This is the first book. I can't wait to listen to A Deadly Obsession!


Amanda has always been the type.of person to keep to herself. She took care of her parents growing up because of sever illnesses. Noone understood her devotion to them which left her pretty much friendless and alone. Not that she had time for socializing in the first place! After her her father died when she was 13 her mother developed cancer. When her mother died she decided to go into nursing because helping people who were sick had become a calling. Between her work and her extended family she feels.as though her life is full enough. She is content until she has Adam (an injured police officer too attractive for his own good) as a patient. Why does he intrigue her so? Why does him calling her Angel melt her heart? Can he be worth the danger of getting involved and opening her heart?

Adam has had to put his own life on hold to raise his baby sister. How parents were killed by a drunk driver when she was only 12. He didn't want to expose her to anymore heartache while she was growing up so he subsisted with one night stands and kept all of that private. She was never exposed to a woman he had been with. Besides he had never met a woman he would risk everything for... One he wanted to marry. When he wakes in a drug addled haze he is immediately smitten with Amanda. Can she be the one he is meant to spend the rest of his life with? Does he stand a chance at winning her? Will he finally have a reason to celebrate Valentine's Day?


***This series is suitable for adult listeners (or readers) who enjoy chiclitish contemporary romances with a mild taboo and a sweet old fashioned hero who still brings a lot of steam to the love scenes leading to a HEA :)

What did you love best about A Valentine's Surprise?

The narrator did a great job with voices.

Have you listened to any of Bailey Varness’s other performances before? How does this one compare?

This would be great for a solo road trip or maybe a plane ride. It has clear narration and a fast paced story.

Very nice and enjoyable story. This was a great love story. Bailey Varness did a great job with the narration. I received this free copy audiobook at my request and have voluntarily left this review.

I absolutely loved reading this book. I didn't think it could possibly get any better, but listening to it in audio proved me wrong. The narrator did a great job bringing the characters to life. If you're debating on purchasing the audio book, just buy it. You won't regret it.

Would you consider the audio edition of A Valentine's Surprise to be better than the print version?

I wouldn't know I haven't read the print version yet.

was all my favorite characters

it was a great listen

What a great surprise!

AVS is a great love story. Amanda is too busy with her career and never even thinks about dating. Adam dates but nothing has ever been more than a one night stand for him. Then fate brings these two together. Adam knows from the moment he see's her that she is the one but will he be able to convince Amanda?

This is a great quick listen. I loved the characters and felt everything they experienced. Ms James has quite a way with words. This story was engaging and enjoyable. I would recommend this to anyone who likes a love story with a HEA. I look forward to listening to more audio books from this author.

I loved the story when I read the book. It was different having it read to me but I really enjoyed it.

The best thing about this book is all the family and love in it. Such a sweet love story.

Have you listened to any of Bailey Varness’s other performances before? How does this one compare?

No I haven't. This is the first time. She did a wonderful job!

Yes! I had a hard time turning it off.

Would you listen to A Valentine's Surprise again? Why?

Yes, I would listen to this again. I love the sweetness of the story, and of course, the happy ending.

I love how Adam made the effort to make Valetine's Day so special for Amanda.

One of my favorite parts is the sponge bath.

This is a good, fun & light story. Very entertianing to listen to.