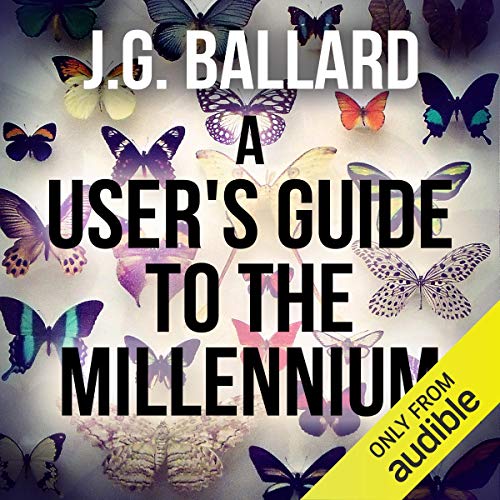 A User's Guide to the Millennium

A User's Guide to the Millennium

A collection of the author's articles and reviews, giving an insight into some of the most important literary, artistic, and scientific movements and events of the last 30 years.

J. G. Ballard was born in 1930 in Shanghai, where his father was a businessman. After internment in a civilian prison camp, he and his family returned to England in 1946. He published his first novel, The Drowned World, in 1961. His 1984 best seller Empire of the Sun won the Guardian Fiction Prize and the James Tait Black Memorial Prize, and was shortlisted for the Booker Prize. It was later filmed by Steven Spielberg. His memoir Miracles of Life was published in 2008. J.G. Ballard died in 2009.

"Few writers can write with equal facility about Elvis Presley, Norwegian lobsters and Deng Xiaoping. Ballard does so with great flair and energy in this fabulously diverse collection. It crackles with a mandarin diversity of interests, from Winnie-the-Pooh to General Schwarzkopf. As we get closer to the year 2000, Ballard offers an exhilarating account of 20th century mayhem” (Ian Thomson, Independent on Sunday)
“Ballard’s prescience about technological development seems mostrously acute. Like H. G. Wells talking to an audience of the 1900s, he gives an impression not only knowing what the future will be like, but of actually relishing its arrival. As well as the prescience and the clear autobiographer’s eye, we should also value J. G. Ballard for his sense of humour” (D J. Taylor, Independent)
“In a shrinking world increasingly bereft of original imaginations, J. G. Ballard stands alone, a bizarre visionary maverick. Cinema, surrealist painting, crime, the future, madness, sf and China - these a Ballard’s specialist subjects. Best of all in this eccentric, relaxed, always readable collection are his laconic wartime memories, the treasure house he kept locked for forty years” (Eileen Battersby, Irish Times)
“For the reader, pleasure derives largely from coming on the unexpected on every other page, and from randomly discovering new insights into familiar topics, or introductions to unfamiliar ones. Ballard’s cool sardonic gaze, eyeing the absurdities of the late twentieth century through the distancing science-fictional viewfinder, renders tragedy almost amusing” (Times Literary Supplement)

... that is not a criticism as such. Ballard's ideas are best expressed in his novels, and this collection of reviews over the years can be repetitious; however, they are read by Sean Barrett - which, generally, is all an audible book requires to satisfy.

A listeners guide to a users guide

What made the experience of listening to A User's Guide to the Millennium the most enjoyable?

Great narration that perfectly suited the tone & style of these essays

This is a collection of essays throughout Ballards career, there is no story as such, however much of what he discusses here appears in his fiction- and often is just as delightfully written & perceived.
In many ways this works as a series of footnotes to all his fiction.

What does Sean Barrett bring to the story that you wouldn’t experience if you had only read the book?

He's so good you can imagine he wrote these himself - or if you knew no better, that his voice is JG Ballards.

There is a lot humor that infuses all Ballards work & this is no exception. It should certainly make you laugh, while raising often very serious & sometimes terrifying points & plumbing deeply disturbing insights.

This is not a audio-book that you could listen to in one sitting.

Ballards work is very rich & specific with its terminology. He will use a few 'resonant' words to paint a large view that many lesser writers will use half a page to envision.

These pieces are all quite short, yet abundant in quirky & penetrating ideas & observation. It's probably best to consider them for a while after listening....Maybe a handful at most in one sitting.

The book is arranged into chapters of related topics- for example 'film & art' to begin with, which includes brilliant essays on Surrealism & Dali - that could be considered his own manifesto. These originally appeared in the 1960's New Worlds Anthology/Books just as he began his more experimental phase. These pieces alone make this a worthwhile listen.
The fact that they share company with so many other brilliant pieces make this essential for anyone who's read most (or all) of Ballards fiction.