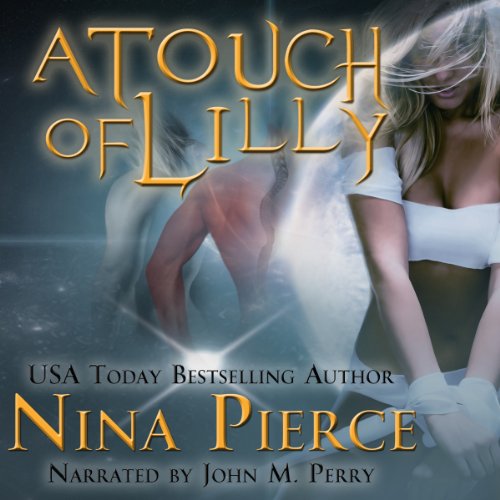 A Touch of Lilly

Ex-Chicago detective Lilly D'Angelo has a secret she doesn't share with anyone. A master of the one-night stand, she's given up ever finding a soul mate and thrown herself head first into her career. That is, until she captures the wrong alien. Kidnapped and sold into the sex slave trade, she's shipped into deep space. Barely escaping with her life, Lilly now travels the galaxy working as a bounty hunter using her secret talents to bring down criminals and seeking revenge on the one male who ruined her life.

Agent Dallas Sawyer works for deep space's version of the FBI. After a disastrous mission that left several of his team members murdered,a president executed, and Dallas near death, he's determined to take down the assassin targeting government officials. When a sexy human female gets between him and his goal, Dallas and his alien partner find themselves on the receiving end of a passionate night they won't soon forget and a proposition that may very well blow up in their aces.

Because in deep space... true love can happen with just a touch.

What listeners say about A Touch of Lilly

Predictable, and not great production

Well, it features some of the dumbest people ever to grace the role of cop. The plot line isn't terrible. There's a slight twist at the end (very slight), but generally the story can be worked out in total after a few pages. The sex scenes aren't bad.

Unfortunately the production is terrible and the narrator shouldn't be allowed near audio books. I think I'd think the book was a lot better if I'd heard it read by almost anyone else.

Not good for me

Sorry the narrator didn't work for me. The story idea was good but for me it didn't deliver either. I had to re-start the book 4 times to try to get into it. I did listen to the entire book to give a fair review but this one wasn't the kind of book that makes me happy. Save your credit for something else.