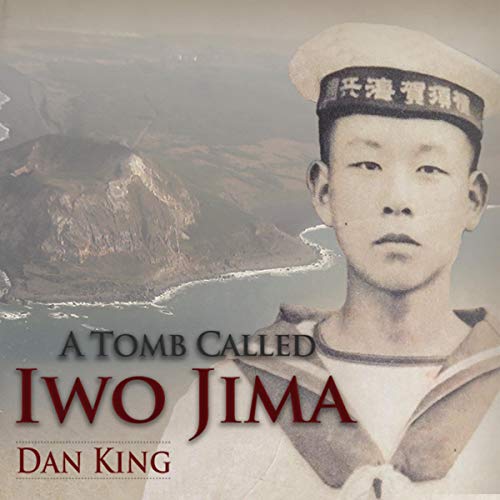 Firsthand accounts from Japanese WW II soldiers, sailors, and pilots who fought in the battle for Iwo Jima and survived. Some were evacuated before the Marines landed, and others were taken as prisoners of war. The Japanese army and navy combatants are given a voice to share their experiences in the battle that coined the phrase "uncommon valor was a common virtue".

What listeners say about A Tomb Called Iwo Jima

Surprising and shocking. It explains a lot.

I was appalled by what the Japanese endured at Iwo Jima. I was familiar with what the Americans experienced, my father was a pilot in the Asian Theater during the war, but the experiences of the Japanese were unknown territory for me.
Another surprise was the descscription of the Japanese military training. It explains a lot about why the Japanese behaved as they did to their American POW's. We must have appeared as weaklings with no sense of honor and not worthy of being soldiers. We expected hardships, but not the cruelty and unpredictability of punishments that was characteristic of the Japanese. To the Japanese it was only what was to be expected.
The book starts a little slow with the unfamiliar names and details of the politics involved, but I encourage you to stick with it. The facts in the latter part of the book are both shocking and surprising.

The story is really quite interesting from the Japanese defenders stand point, I did have a tough time with the endless number of people and places spoken in precisely correct Japanese.

This book provides an amazing look at the battle of Iwo Jima from the Japanese perspective. The first hand accounts from survivors are unlike anything I’ve ever heard. This book should be read by all. Absolutely worth every minute.

Great Perspective From The Other Side

The only reason. I ha e it 4 stars is because I had difficulty keeping the Japanese names straight. Once I achieved that, for the most part, I really enjoyed it

Best book the WW2 history in the pacific from the perspective of the Japanese soldier.

Interesting Story from a Japanese perspective

After listening to this on audible, I came to the conclusion that this would not be as interesting if I read the hard copy version. Somewhat stilted writing style that is more palatable being narrated. Once the story reached Iwo Jima, I found it very informative. I have read plenty of German war time accounts, but this is among the few that I have read from a Japanese Army perspective. Very worthwhile.

I just finished listening to the audiobook and love it! Dan King’s writing style is remarkable in that he packs it full of meticulously sourced details, while maintaining a deeply personal connection with each character that draws the reader into the story. Very well done!