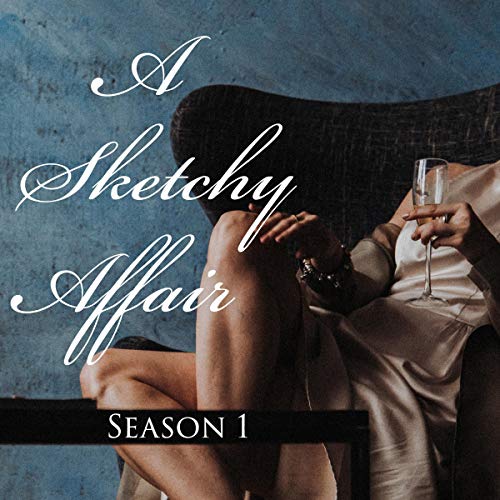 A Sketchy Affair is an original comedy sketch show, consisting of 25 funny, peculiar, and funnily peculiar sketches. Includes the following irregulars: our expert on all things, thespianesque, the ultra-luvvie Geoffrey Tiffenboy, who presents his intimate and insightful guide to "the actor’s art", with super special guests, Dame Judi of Dench, Audrey Hepburn, Danny Dyer, our resident super-psychic Mystic Babs reveals your future with her peculiarly precise predictions.

Catch up on all the saucy shenanigans and aristocratic antics in our scandalous series Going Downtown on Abbey. Find out what happened to Jay Bond after he handed in his license to thrill. Other generally amusing sketches such as "Speedstalking", "Chekhov for Beginners", "The Whack Job", "Office Satanism", and a caboodle of other comedic delights.

What listeners say about A Sketchy Affair: Season 1