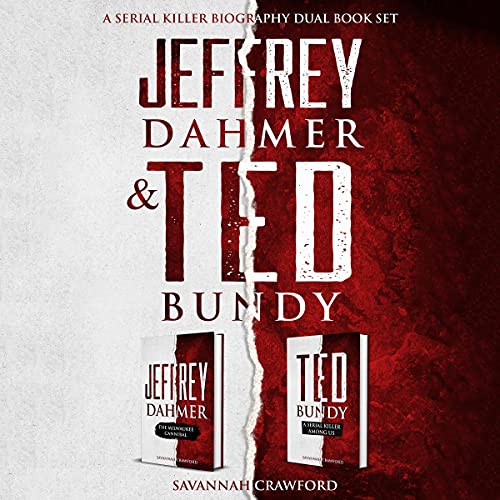 By: Savannah Crawford
Narrated by: Harley Hanna
Try for £0.00

Some evils are meant to belong to the land of lore: where horrible monsters exist only to bewitch and unsettle the mind. But there are real horrors in this world, and the thing of nightmares can often exist right outside your door. Unfortunately, the only way to extinguish this kind of darkness, is to examine it in the light. For the name Jeffrey Dahmer still exists in the lexicon of American history as an example of pure evil and the proof that monsters truly do exist. Having murdered and dismembered seventeen men and boys between 1978 and 1991, the legacy of the cannibal next door still fascinates many who seek to understand where such brutality could come from, and how it managed to operate unchecked for so long.

In Jeffrey Dahmer: The Milwaukee Cannibal, history takes a discerning eye to the life and behaviors of one of the world’s most infamous serial killers. Giving consideration to Jeffrey’s upbringing as well as his legacy, this biography offers new ways to consider and condemn the man inside the monster.

Ted Bundy: A Serial Killer Among Us

Not all monsters lurk in shadow, and sometimes, the truest evils hide in plain sight. The story of the most popular serial killer to ever ravage the United States tells of such a case: when the world was forced to see the creature behind the charm. For history remembers Ted Bundy for two things: his grisly murders, and the circus surrounding his trial. During the '70s, Ted Bundy terrorized, raped, assaulted, and murdered dozens of young women across seven states before he was finally caught and executed. But the story of Ted Bundy is much bigger than the scope of his crimes or the depth of his depravity, as it lies in the stories and memories of his victims, and the lasting effect this malicious monster had on the collective psyche of a nation.

The life and crimes of Ted Bundy are reexamined in Ted Bundy: A Serial Killer Among Us, a new and comprehensive biography of the captivating killer who terrorized a nation. Giving close consideration to the effects of his trial and the media surrounding it, this book offers up new ways to consider and condemn the man inside the monster.