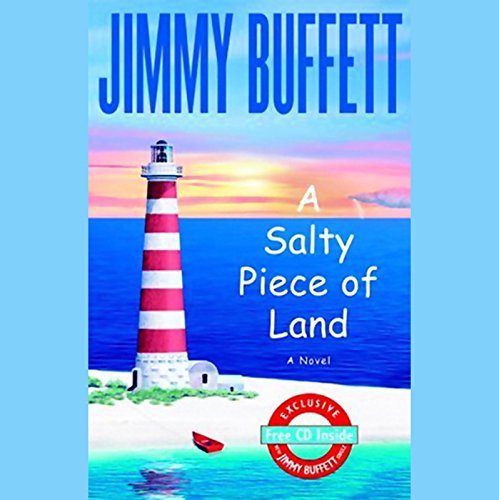 Jimmy Buffett, #1 best-selling author, flies back into view with a novel set in the Caribbean, involving a lighthouse, a mystery, a wild cast of characters, and more than a few bottles of tequila.

If Tully Mars had known what he was getting himself into when he agreed to help find the lost lens belonging to the lighthouse on Cayo Loco, well, he might never have agreed to help in the first place. Then again, maybe he simply would have taken a slightly longer nap before setting off on his wild adventure. And it isn't just Tully, whom Buffett fans will remember well from Jimmy's best-selling Tales from Margaritaville, on the madcap quest.

There's Ix-Nay, an Indian shaman with a dislike of the media; Mr. Twain, Tully's loyal steed; Cleopatra Highbourne, the 102-year-old owner of Cayo Loco and Cuban baseball addict; Captain Kirk, fishing trip leader and boatman extraordinaire; former country music star Sean Spurl, aka Tex Sex; Bucky Norman, a Wyoming cowboy who has found his way to the ocean; and even a fellow named Jimmy Buffett, who decides he might as well join in on the party.

This is a fun book, good for a story, a little island jib and a mental vacation away from the beats of this hectic life. The story follows an Ex-Pat who's adventure stories fall just under tall-tales.

If you are familiar with Buffett's music, the great gulf coast, or life at sea, then this book if for you. At a literally point, some parts in audio form are a bit difficult to follow. If you are looking for a true adventure, try a classic. If you love tales from the islands, Jimmy's lyrics and a good fish tale, give it a try.

Great information for a mullet toss!

After reading the reviews, I decided to take the plunge. Sure, Buffet is no Tolstoy but I bought this book to enjoy Jimmy's brand of humor and his off center view of the world. This was my first audio book and the perfect companion on a recent trip to the Islands. What better way to spend a little time on a deserted beach under a palm tree enjoying a JB book with a cool rum drink. Personally, I enjoyed the narrator and thought he evoked an attitude in the characters that was right at on target. I recommend this book.

Not Much New Ground

As someone who has listened to Jimmy Buffett's music for over forty years I purchased this audio with certain expectations. This collection of stories disguised as a book met those; which I suppose is both a positive or a negative. That is to say that if you're familiar with his songs then you've heard most of these stories. Many of the characters were introduced in Buffetts 1989 CD collection "Off To See The Lizard." Given his proficiency in musical output it isn't all that surprising that these characters as well as their stories seemed pretty familiar. There are some facts about Lighthouse Lens,' Cuban baseball, and tropical sea battles that are new. However once again the attitudes and the back stories of both positive and negative characters are so familiar they're trite. This was a nice summer listen; or winter listen for those who wonder where the summers went.

Just in time for a cold winter!

I just loved this book! I parceled it out so I wouldn't finish it too soon. These days, reality is hard some times. You just need to get away to the islands where life is good, the people love and care for each other, and making money is not all there is. This story is everything the other reviewers say. It's contrived in parts, predictable in others but has a very sweet ending. I didn't want to leave the island. Thank you Jimmy!

What Parrotheads have been waiting for!

Tully Mars is back, and the adventure is typical Jimmy Buffett. There's plenty of familar references for all Buffett fans. Great story, great reader. Fins up!

I was thoroughly capitivated by this book and look for more of his work. Loved the characters and story line. What forty-something wouldn't love to run away and have those adventures! Thanks for allowing me to escape from my hectic life and recapture my sanity.

A beautifuuly told tale. Old friends, old ladies, old loves and old adversaries in a bundle. This was a simple tale, told in a sensative,humerous, totally entertaining manner. The story flowed and tumbled. Always in context. Get it. It's good.

Great story for the hidden Parrot Head that lies deep inside many of us.. This is the kind of story that makes you check you 401K and see if there really is enough cash in it,,you know,, to chuck it all and go in search of the salf flats with a fly rod. The rambling trail of story-speak is just what we all need to cut away some of the tentacles that bind us to our daily jobs and lives in the big city... Jimmy, dont ever stop spinning your island stories of lore and adventure...thanks rjg.

I love Jimmy Buffet; let's get that out of the way first. I love his music and I loved reading "Where is Joe Merchant?" Buffet has a narrative style that is unique, much like his music.

With that being said this is a wonderful book, full of memorable characters and exotic locales and a tight little story. I wish I had read it.

Unfortunately I had the privilege(?) of listening to this on CD. It was horrible. The reader, John David Souther, has to be one of the worst narrators I have ever had the opportunity to listen to. His incessant droning sounded more like a Stock Broker's meeting than a lively fast past tale. His mumbling, at times, made it hard to understand just what it was he was saying. He was very dissapointing and I will avoid all books read by the person in the future.

All-in-all a very good book, but a very bad read. 3 stars for the "audible" version. 5 for the book itself.

Great book to take you away

I loved this book and the characters of Jimmy's tale. Tender, funny and rich in Island wisdom. I became deeply immersed in this land and touched by the humanity of its characters. Tully, Cleopatra, Ix-nay and the others have become a part of me and the rat-race of modern life has faded to a more acceptable place.

Oh yeah. I have decided to take a Journey to the Islands this year to find my own Salty Piece of Land.