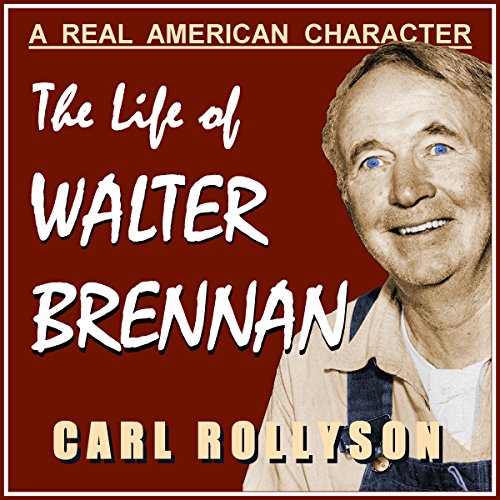 A Real American Character: The Life of Walter Brennan

A Real American Character: The Life of Walter Brennan

Walter Brennan (1894-1974) was one of the greatest character actors in Hollywood history. He won three Academy Awards and became a national icon starring as Grandpa in The Real McCoys. He appeared in over 200 motion pictures and became the subject of a Norman Rockwell painting, which celebrated the actor's unique role as the voice of the American Western. His life journey from Swampscott, Massachusetts, to Hollywood, to a 12,000-acre cattle ranch in Joseph, Oregon, is one of the great American stories.

In the first biography of this epic figure, Carl Rollyson reveals Brennan's consummate mastery of virtually every kind of role while playing against and often stealing scenes from such stars as Gary Cooper, Humphrey Bogart, and John Wayne. Rollyson fully explores Brennan's work with Hollywood's greatest directors, such as Howard Hawks, John Ford, and Fritz Lang. As a father and grandfather, Brennan instilled generations of his family with an outlook on the American Dream that remains a sustaining feature of their lives today. His conservative politics, which grew out of his New England upbringing and his devout Catholicism, receive meticulous attention and a balanced assessment in A Real American Character.

Written with the full cooperation of the Brennan family and drawing on material in archives from every region of the United States, this new biography presents an artist and family man who lived and breathed an American idealism that made him the real McCoy.