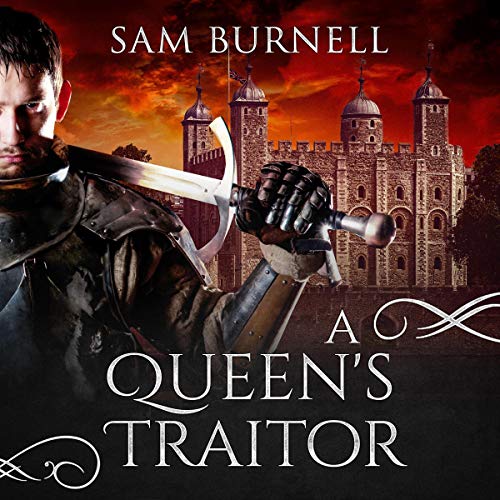 Meet Richard Fitzwarren - an anti-hero with a dubious past, questionable morals but unswerving loyalties.

Richard grinned and grasping his brother's wrist said, “Terrible apart and even worse together - that would make us a fine family moto. Et mirabilia absque peius”.

Jack Fitzwarren, Richard’s displaced bastard brother, seeks a place at his brother’s side. Impulsive and hot headed, his attempts to gain his brother’s acceptance and approval often end badly. Finally the brothers are brought head to head when Richard tries to foil a plot against Elizabeth I.

Jack Fitzwarren, fearing his brother has died embarks on a reckless path, and whether or not Richard can save him remains to be seen.

Branded a traitor to the Crown for helping to foil a plot to remove the Princess Elizabeth from the succession, now he will risk all to save her from a plot to snatch her from England.

Protestant Reformers need a figurehead for their cause, and Elizabeth. is it. They truly believe the Princess will be safer in Europe away from her sister Mary’s cruel hand, but the lady does not want to go.

Elizabeth knows her destiny lies with England, and Jack’s lies with his brother - or so he hopes.

Jack and Richard are likeable all the more because of their failings. In this book Jack suffers both mentally and physically and it is down to Richard to save him. Loved the character of Lizbet, and hoping she will make another appearance in the next book. Good listen and the narrator is excellent.

Jack and Richard Fitzwarren, soldiers of fortune, are set on another quest to help keep Elizabeth safe. As usual all does not go well, and the book sees them battle with demons both seen and unseen, jack having suffered something akin to PTSD after an episode in prison.