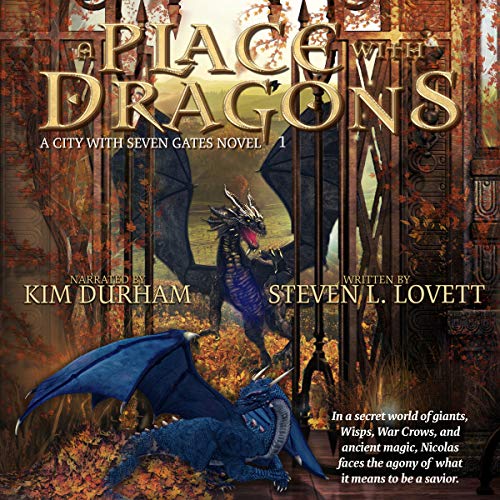 A Place with Dragons

In a secret world of giants, Wisps, War Crows, and ancient magic, Nicolas Bennett discovers he is the heir to the throne of a fantastical kingdom.

Nicolas is prophesied to become one of the greatest of all Dragon Nightfalls - but only if he can kill the recently awakened overlord dragon, Arnyek Tolvaj. Known as the Shadow Thief, Arnyek Tolvaj is the doom of Telluric Grand and a looming threat to Relic, the City with Seven Gates.

Joined by three new friends, Nicolas sets out on a dangerous journey, determined to accomplish the impossible. When he finally comes face-to-face with the Shadow Thief, Nicolas truly understands the private agony of what it means to be a savior.

What listeners say about A Place with Dragons

The world of Telluric Grand comes alive with the narration by Kim Durham. Having read the book, I have to say the audio book only increases my love of the story. Now Telluric Grand and Nicholas go with me when I'm on the road.