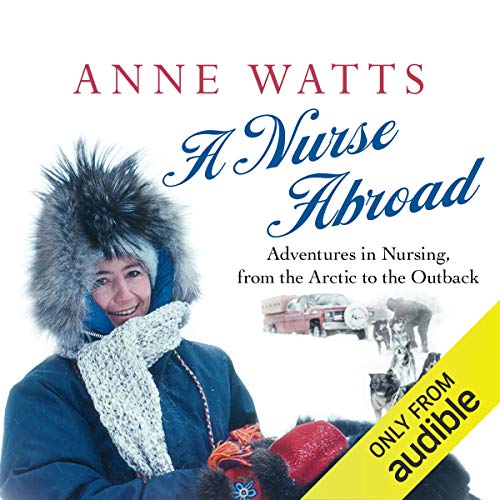 In the early 1960s, Anne Watts was a newly qualified nurse, eager to use her skills and with an adventurous spirit. At the first opportunity she set sail for Canada, to work in the remote stations in the frozen north of the country. She found a placement easily, one of only a couple of women to work among the indigenous peoples, who were then called Eskimos. Anne later headed for Alice Springs in the Australian outback. She speaks eloquently about what it was like to be a nurse and midwife among a tough cattle-ranching community who lived, not always harmoniously, in close proximity with Australia's Aboriginal people. Working with native peoples, Anne's eyes were opened to their skills at surviving the harshest of environments, but also to the prejudices they suffered. Forty years later, Anne returned to both countries to see how life has changed in Eskimo Point and Alice Springs, and what has become of the people and landscapes.

What listeners say about A Nurse Abroad

I found the main part of the book interesting as ann travelled to different parts of the world working for approximately three years in each location of the countries.
it was the last part of the book, part 4, which should have been good as it updated the social and environmental state of the places she had previously visited I found a bit tedious.
nerys hughes did a good job of narrating this book.

What made the experience of listening to A Nurse Abroad the most enjoyable?

Anne Watts personable and friendly way really takes you along for the ride on her adventures around the world. It makes one excited about the future yet sad in recognition the world has changed not always for the better.

What was one of the most memorable moments of A Nurse Abroad?

Anne sleeping under the stars in the outback, drinking tea in Alaska and chai in Nepal.

Have you listened to any of Nerys Hughes’s other performances before? How does this one compare?

Nerys does a wonderful job reading this autobiography. I'm very pleased to see she is narrating Anne Watt's over book (which I have just purchased). Nerys Hughes brings a warmth and life in supporting the text.

Very much so! I think I always walked the long way home and spent more time cleaning the house just to have an excuse to keep listening longer!

Anyone interested in nursing, travel, history, autobiographies- or just general curiousity in life- I highly recommend this book! As a student nurse, I am inspired and am excited to have my own rural and global adventures!