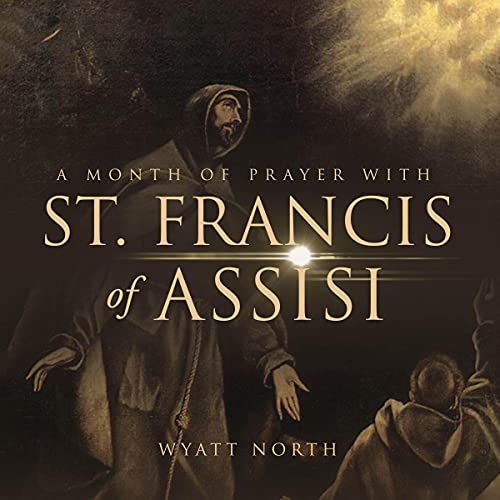 A Month of Prayer with St. Francis of Assisi

By: Wyatt North
Narrated by: Ronnie Rowlands
Try for £0.00

As much as any of the saints, Saint Francis of Assisi - born Giovanni di Pietro di Bernardone - is known for his profound piety. He is especially remembered for how he renounced worldly possessions in order to focus on spiritual things. At great personal risk, he attempted to convert the Sultan in Egypt to end the Crusades. His Franciscan Order grew quickly in his time and has since birthed several other orders that persist to this day. He is known particularly for his love of the Eucharist. According to tradition, he received the stigmata while in prayer in 1224, making him the first recorded saint to receive this blessing.

What listeners say about A Month of Prayer with St. Francis of Assisi