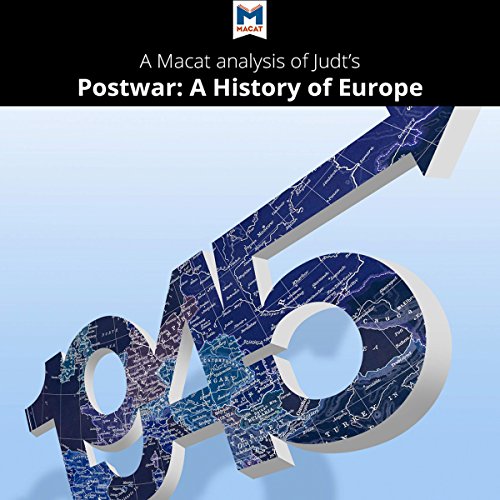 A Macat Analysis of Tony Judt's Postwar: A History of Europe Since 1945

A Macat Analysis of Tony Judt's Postwar: A History of Europe Since 1945

By: Simon Young
Narrated by: Macat.com

London-born, Cambridge-trained historian Tony Judt explains how postwar European history reflects the drawn-out consequences of World War II - beginning with Nazi Germany's surrender in 1945 and ending with the collapse of the Soviet Union (1989-91). No historian before had written in such detail about recent European history, using those two events as bookends. Nor had anyone gone to such lengths to argue that Eastern and Western Europe - large nations and small - had a key characteristic in common.

That characteristic, Judt argues, is the "long shadow" cast by World War II. Though Eastern Europe was entirely communist and Western Europe largely democratic, with some nations, such as Portugal, dictatorships, all were trying to digest the events of 1939-45. Judt also ties European integration - the attempt to unite Europe's different nations under one authority - to social democracy, a typically European system that intervened in the market and provided strong safety nets for the poor.