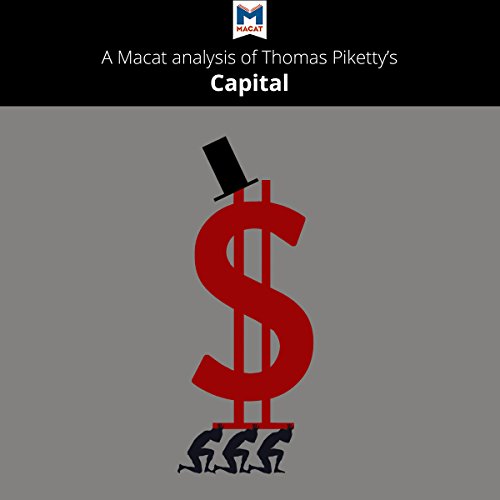 A Macat analysis of Thomas Piketty's Capital in the Twenty-First Century.

Does capitalism have a natural tendency to a just and reasonable distribution of wealth? The French economist Thomas Piketty thinks not.

In his best-selling 2013 book, Capital in the Twenty-First Century, Piketty takes issue with the idea that, despite the odd bump along the way (not least the 2007-08 global financial crisis), inequality tends to decline as capitalism matures.

Piketty spent 15 years building an unparalleled database on wealth and income in France, the United States, and a number of other countries. He uses this data to argue that the opposite is true. Capitalism's natural tendency is, he says, to move toward ever-greater inequality. Piketty's solution? A global wealth tax - even if he admits it has little chance of becoming a reality.

Capital has attracted impassioned responses, both positive and negative. But it has single-handedly shifted the goalposts of economic thinking and re-kindled discussion of the problem of inequality.

You can find out more about how Piketty's ideas have been challenged and applied - and how his work has impacted on thinkers in other academic disciplines - by exploring further in the Macat Library.

Macat's analyses cover 14 different subjects in the humanities and social sciences. To browse our whole multi media library and get a lot more, visit www.macat.com today.