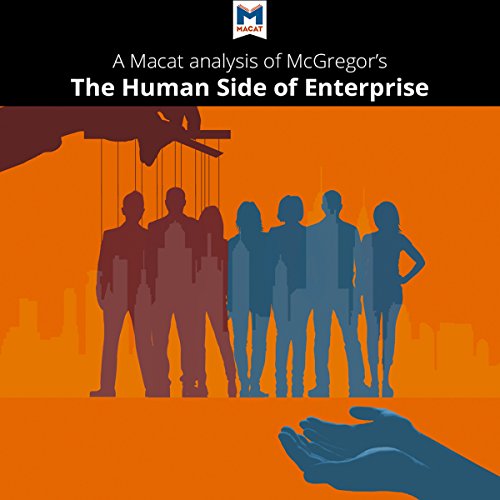 A Macat Analysis of Douglas McGregor's The Human Side of Enterprise

A Macat Analysis of Douglas McGregor's The Human Side of Enterprise

Douglas McGregor's 1960 book The Human Side of Enterprise is a groundbreaking study of the conditions that make employment satisfying and meaningful.

Traditionally, managers assumed people were lazy and would not work unless strictly controlled. McGregor, however, believed this form of management to be based on faulty assumptions about human nature, and felt that managers should reflect on their assumptions about what motivates people. He proposed they draw on research in psychology and the other social sciences to create working conditions that allow all employees to realize their full human potential. The Human Side of Enterprise is the culmination of McGregor's life's work and research. He compares stricter, more traditional management principles - Theory X - with principles that attempt to satisfy the full range of human needs - Theory Y. He was not necessarily in favor of one theory over another, because people are motivated differently. But, he argued, when people find work satisfying, they work more productively and efficiently. McGregor's work significantly influenced research in the decades that followed, and he is now seen to have been one of the most influential business scholars of all time.

I enjoyed being able to rewind when needed to gain understanding. Very easy to listen to.