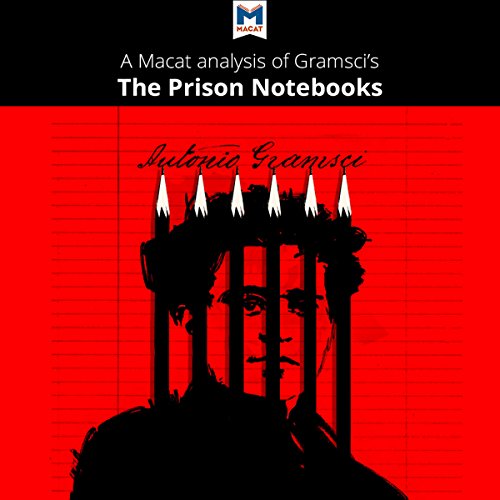 First published in 1948, Antonio Gramsci's Prison Notebooks is an important Marxist work that says we must understand societies both in terms of their economic relationships and their cultural beliefs.

Gramsci wanted to explore why Russia had undergone a socialist revolution in 1917 while other European countries had not. So he developed the concept of hegemony, which is the idea that those who hold power in a society can maintain and use that power because of their own grip on cultural values and economic relationships. Using a combination of force and manipulation, they are able to convince most people that the existing social arrangement is logical and in their best interests. Gramsci says that for a society to truly be transformed, workers need to rise up against two things - the unfair economic system and the ideas and political institutions that sustain it.

Gramsci's analysis of capitalism, economics, and culture has helped explain current historical developments, such as the recent financial crisis that started in 2007.

Shit analysis of a great set of books

AS above. Lot's of repetition and shallow analysis that adds nothing beyond the superficially obvious.

How many ways can you rephrase, “Gramsci was very important and his writing influenced many people?” This audiobook is short (under 2 hours) but it felt interminable. I’ve read some parts of Gramsci’s notebooks and wanted an overall summary of his ideas, but this audiobook was scant on specifics. The Wikipedia article on Gramsci is more informative.

Must Have Been Written By an Undergraduate

Macat has some useful book summaries that are worth hearing. This is not one of them. It appeared to have been written by an undergraduate, who was filling space by repeatedly defining things of which everyone knows the meaning, like the Cold War, fascism, communism, and Marxism. Worse still, it was not enough to define these expressions once. Rather, they had to repeatedly remind us that Lenin was a Russian revolutionary. It was all the worse for the brevity of the analysis, which put space at a premium, and the irrelevance of so many of the definitions. But it was also evident that the author had no idea what they were talking about, so much so that when they referred to Karl Marx as a Russian revolutionary, there was little doubt this was anything other than their genuine belief on the matter. Macat clearly did not screen the writer and did not review their writings. So, if you don’t like something they have sold you, there is little reason for you to hold back from asking for a refund. Macat needs to learn a lesson and put a little more care into what they are selling.

I had hoped to hear a summary of Gramsci's ideas; this did not provide it. It spent a lot of time emphasizing how influential he was -- but not what it was about his ideas that made him influential. It mentioned things he was interested in, but not what he theorized about them. It sounded like it was read from a poorly abridged version because there were certain sentences that were repeated multiple times as if the editor had forgotten they had already included that fact and didn't go back to review the entire final abridged version. It was of some value to learn how he was associated with others of his day and also his personal life, so I gave it 2 stars overall rather than only 1 star. Overall quite disappointing. I hope some of the others in the Macat Analysis series are better.