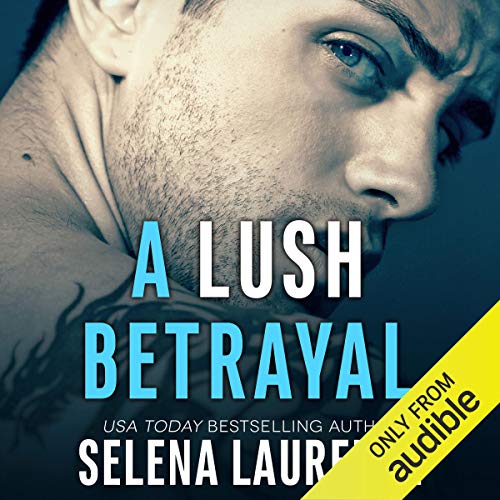 Joss Jamison has it all. He's the lead singer for the world's hottest rock band, Lush. He's wealthy, sexy, talented...and miserable. Twelve months ago, Joss lost his finely honed control and made a mistake he can't undo. A mistake that could end up costing him his best friend, his band, and maybe his heart.

Mel DiLorenzo has it all. She's been hired to document the world tour of her sister's fiancé's rock band. She's gorgeous, talented, loved...and sick of being the little sister. When she agrees to the summer job, Mel has no idea she's walking into a minefield of friendships lost and hearts destroyed. She also has no idea what it means to be the object of Joss Jamison's affections.

One hot rock star plus one life-altering mistake, add a dash of sexy younger sister and a handful of broken hearts, and you've got a recipe for fire. Life on the road can be hot, but for the boys of Lush, it's about to get a whole hell of a lot hotter.

What listeners say about A Lush Betrayal

Where does A Lush Betrayal rank among all the audiobooks you’ve listened to so far?

This is one of the best of this genre.

What was one of the most memorable moments of A Lush Betrayal?

When the band implodes.

Which character – as performed by John Wray – was your favorite?

Jos.... I did not care for his female voice. This book could of benefitted from dual narration if using this narrator.

This is not your typical rock and roll book. Yes it has hot sex, but it has a different plot ... one that sparks interest. The characters are multi dimensional. I enjoyed this book a lot!

This book broke my heart & mended it again, definitely moved me. I loved the chemistry between Joss & Mel.

The narration was disappointing, I found it hard at times to determine ‘who’ the narrator depicting but I suffered through as I knew the rest of the series has dual narration.

Loved the story, but narration needed to be dual narrator’s. The narrator could not do women’s voices.

I’m more than half way through the book and decided not to waste anymore time on it.
The relationship is rushed, therefore unbelievable and unfelt.
Character development stinks as well. The narrator did a horrible job at reading the sensual parts

Would you try another book from Selena Laurence and/or John Wray?

Sure. Good author, but I didn't like the voice. It wasn't BAD per se, it might have been more about the story versus the voice.

Would you recommend A Lush Betrayal to your friends? Why or why not?

What made the experience of listening to A Lush Betrayal the most enjoyable?

Joss and Mel learning to trust and love, overcoming their past failures and being able to move ahead for a happier future together.

The characters really caring for one another...even Mike, to a certain point.

Walsh having Mel and Joss back about their relationship after Dave came to warn Mel off Joss. I really think even if Walsh had found out about Joss betrayal before than he would still have their back.

I really love this book. A good start to the series. I cant wait for the next book, only because i really like Walsh (not so much tammy, but im hoping to change that). I will recommend this to my friends. It rates right behind S.C Stephen thoughtless.

I really felt for Joss…. he's a famous, sexy, gorgeous, wealthy rock star but under it all he's so damaged. Loneliness and guilt over a betrayal is eating him up inside until Mel blows fresh air into his life but the big secret of his betrayal is having mental and emotional consequences on not just him…. tensions rise and you know that eventually someone's going to let the cat out of the bag so it's just a question of when, where and how.

Told from dual POV's this is a train wreck romance and you know there's no way of stopping the heartbreak that's going to happen. It's romantic, emotional, entertaining and very addictive as their road to the HEA starts off great with brief touches, flirting and kisses leading quickly to passion but there's oblivious characters, guilty characters, innocent characters and spiteful characters and the volatility keeps rising until it ignites. There is an eventual very touching and romantic happy ending (so no cliffhanger here).

I thought the narrator's voice was a bit too old for all the male characters and his female voices were not too good either.

Worth a credit? Oh yeah.

I read the Kindle edition of this book a long time ago, and it was one of my favorites, so when the audio came out I bought it. First of all, the narrator did an awesome job. He brought Joss home for me. He also did wonderfully doing Mel's voice. Usually I don't like men's voice for women character. This actor was good.
Then the story, to relive it again listening did better justice to the drama. I love it. I wish I know how they continue with their lives. I don't necessarily wants to follow the other couples. Joss and Mel are my favorites. Tammy kinda didn't make me want to read her story. I love Walsh though.
Anyways, good story.