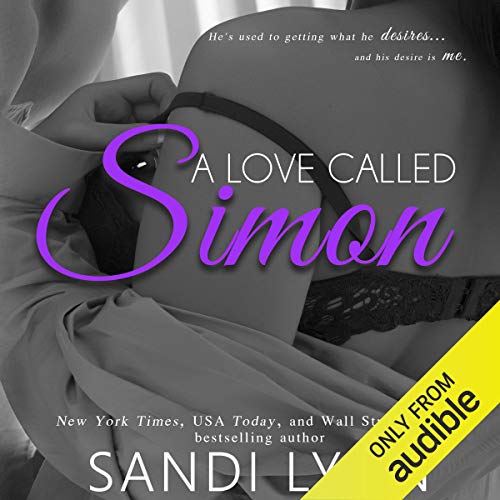 By: Sandi Lynn
Narrated by: Erin Mallon,Mark Boyett
Try for £0.00

That was what I vowed when I left New York and moved to Seattle. Then I met Simon Young, CEO of Young International: one of the largest luxury hotel chains in the world. He desired me, and I let him. I was fully aware of his love for women and his hatred for relationships, but I decided to play his game. I had a void that needed to be fulfilled, and Simon Young was the man who could do it.

Entering only into a physical relationship was the plan. No strings, and no emotions allowed. But plans are made to be changed, and rules are meant to be broken. We grew closer, and I was falling in love. But Simon had a secret - a secret that would destroy everything. He was about to lose me, and I was willing to walk away.

Intended for listeners age 18 and older.

What listeners say about A Love Called Simon

The story was great, the characters very interesting, and Erin Mallon always does such a great job narrating. I was very disappointed that Mark Boyett had about five sentences in the entire story. I believe the reader is misled, not knowing that in advance. It adds so much to the performance to hear from BOTH the main characters.

Sandi Lynn has done it again! A Love Called Simon hooked me immediately and I could not stop listening.
I loved the Narrators. They really brought the story to life!
Gabby has been hurt by everyone in her life except her best friend. She is in an emotionally abusive relationship, but her past has left her feeling and believing the things her boyfriend says to her are true. On a flight home from Vegas,Gabby meets the most gorgeous man she's ever seen. He was nothing but nice to her. Gabby's life takes a turn when she leaves her boyfriend.
Simon Young is the hot CEO of Young International. He is a playboy, that finds himself intrigued by the beautiful woman on the plane. Their paths cross again when Gabby interviewed for a job at his company. Simon is used to getting what he wants and he wants Gabby, but Gabby is too afraid to let herself go. Gabby decides to play his game, just a physical relationship no emotions and no strings attached. The chemistry between Gabby and Simon is off the chart. Simon makes Gabby feel good about herself and she starts to trust again, finding it hard for no strings or feelings.
Nothing comes easy for Gabby and soon her trust is shattered again when a secret that Simon is keeping is discovered. Will Simon be able to make her believe or will it end before it begins?

Best Sandi Lynn book I have ever read

This book by Sandi Lynn is her best book, in my opinion! I am completely in love with this book!

Fun, sexy read. I love Simon & Gabrielle’s story. When someone finds the right person to love them with flaws and scares can make life so beautiful.

This book hooks you early on. You really feel the characters. I would have liked a bit more depth in to the main characters, but for a short listen, it was enough to experience all the feels.

not too impressed with narration.

I had a hard time finishing the book just because if narration but I did.