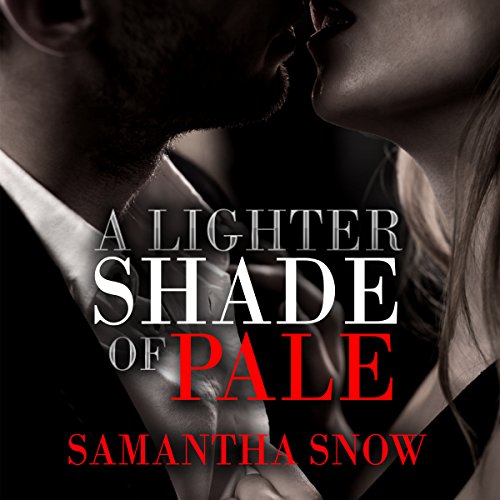 A Lighter Shade of Pale

A Lighter Shade of Pale

Having youthful good looks, a billion dollar fortune, and the ability to charm any woman on the planet certainly makes existence a lot more fun for vampire bachelor Damian Ward. Knowing it is impossible to ever have a normal relationship, Damian has resigned himself to a life of parties, women, and casual sex. And he is loving every minute of it. However, everything changes when a routine one night stand with a beautiful young woman named Leah results in her becoming pregnant. It should be biologically impossible for Damian to ever impregnate a human and he knows that if it was to ever happen, then such an event could only mean one thing. The beginning of the end....

WELL SORRY.... BUT I'M ASKING FOR MY CREDIT BACK

The Publisher's Summary sounded so good..... but unfortunately, IMO, that's the only thing that did because the narrator was bad, really really bad. I couldn't tell one character from another, the story sounded monotone and there was absolutely no expression in her voice whatsoever which made the characters sound boring, one dimensional and flat.

Damian, the Billionaire Playboy, only does 'one and done' relationships and he was tired and bored with his life so gets away for a few days but reluctantly comes to the aid of Leah when he sees her car had broken down in the middle of nowhere. He gives her a lift to his Yacht and does the usual 'one and done' then leaves without even saying goodbye - he just gets her escorted off the boat (such a nice guy!) and one month later she has impossible news for him. News travels fast and it brings a dedicated Assassin, hired by the Order of the Vampire Nation, after himself and Leah and their confrontation leaves him badly wounded and with only one choice left.... bring down the Order.

I felt absolutely no chemistry whatsoever between the dislikeable Hero and the 'you can walk all over me' Heroine, the sex scenes were blah, after the brief hook-up on the Yacht and the "hi honey I'm back" in his Office they were suddenly professing their undying love for each other, the plot jumped and some of the words used were just awful.... brown bumps (nipples), his saliva met my tongue (kissing), where her pubis met her gash (not sexy) etc., etc., etc. And, even after knowing Damian intimately and declaring their love, Leah often referred to him as The Vampire.... The Vampire started kissing me, The Vampire and I..., The Vampire started pushing into me.... well you get the drift - and she wasn't alone in doing this because her Grandfather, who'd saved Damian's life and they were close allies, also did it too.

Dual POV's, there was drama but I ended up just skimming through the Chapters to get to the end, I didn't think it flowed at all and I'm sure I may have already covered the narrator's part in my misery!!

Worth a credit? Errrr.... that's a Hell NO and, even if Audible was giving this book away, I would still be saying Hell NO. I don't like giving bad reviews (I could never write a book) so sorry.... but I have to tell it how I felt it.

I couldn't listen to all the mispronounced words from this narrator. The story may be ok, but I gave up 20 minutes in.
Returned the book.

not good, narration is ridiculous!!

someone that can actually read with emotion and make correct breaks and stops in dialogue. Wording in this book is horrible...

Would you ever listen to anything by Samantha Snow again?