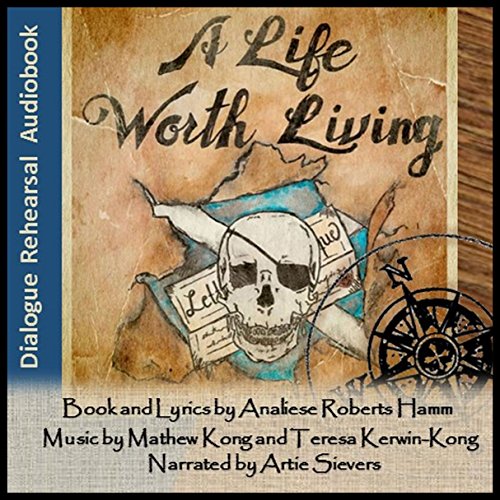 A Life Worth Living

By: Analiese Roberts Hamm
Narrated by: Artie Sievers
Try for £0.00

Tomas Kyd, the son of the notorious Captain William Kyd, had always had well enough. Yet enough was not at all satisfaction. Enough only stirred within him a desire for more: a desire for love, adventure, and a life of nobility that he felt he, too, so richly deserved. However, his father's curse, that which he shares with the pirate crew of his father's unfinished voyage, has always kept him from discovering a life he thought worth living.

Accompanied by Captain Jamison Hamilton, her daughter, Isobel, and the other members of The Quedagh Merchant crew, Tomas discovers that virtue of heart, the willingness to forgive, and a share of worthy companions much surpass his once sought after wealth.

Approximate Running Time: 50 Min. Royalties required for all performances. Single copies may be purchased for review only. Ten copies of script required for performance. Vocal score is not available. Rehearsal CD and Performance CD are available to licensing customers. To license this musical for performance, amateur or professional, you must first complete a royalty application.

What listeners say about A Life Worth Living