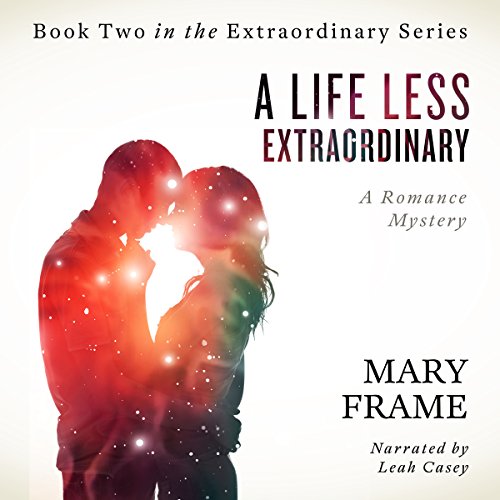 For Charlotte, posing as the town psychic has never been easier. Thanks to helping the cops solve the mystery of the Castle Cove Bandit, “Ruby” has become a beloved fixture in the sleepy Oregon beach town.

Her sister, Paige, is flourishing now that she's not being yanked from one con job to the next. And both sisters are discovering what it means to be part of a community, rather than preying on one.

But wherever Charlotte and Paige go, crime is sure to follow. Someone has been breaking into homes and vandalizing their contents, including Ruby's Readings and Cosmic Shop. Charlotte doesn't want to get involved and risk their newfound stability, especially since it's only two more months until the real Ruby returns.

But when a phone call from their estranged parents breaks up their happy routine, the sisters realize they have even less time in Castle Cove than they thought.

Charlotte's already had to distance herself from Deputy “Cute Butt” Jared once - a criminal in a cop's bed never ends well. But this officer of the law isn't giving up the chase. The closer he gets, the sooner the jig is up, and if Charlotte doesn't give him the slip now, she may lose Paige forever.

What listeners say about A Life Less Extraordinary

While one can enjoy each story in the series individually (and each contains a mystery which is resolved within), they are written to be read consecutively and end in cliff-hangers. And you WILL want to know what happens next! Narrator Leah Casey voices our heroine perfectly. Things heat up in book two in more ways than one, but no spoilers!

Mary Frame Does it Again!!!

This series, so far, is incredible! I love the way Frame builds up her characters and LOVE Ms Viola, she is a hoot! The author leaves my heart in my throat, wanting to know more about the parents of Charlotte (AKA Ruby) and Paige...how did they find the sisters? What is their sinister plans now? More breaking the law? Corruption? Which leads me to the opposite....the good hearted, sexy, down to Earth man, that everyone woman (if they are into men) would want, Jared. He is the perfect gentleman for Charlotte, but she has never had anything good in her life and I feel as if she is afraid of getting herself attached, knowing that she and her sister will be leaving Castle Cove as soon as they can, as to avoid their criminal minded parents. I am so looking forward to Book 3 in this series.

I can't get enough of these characters!

This is a great second book in this great series. The characters are so well developed and endearing that you just want to find out more and more about their lives and interactions. The plot is well thought out with many twists and turns that keeps it very interesting. The author has done a wonderful job and the narration is so good and easy to listen to. A sweet romance with a touch of mystery and a lot of unpredictable happenings that makes for a book that you just want to consume in one sitting.

I have to say that the mystery is not really a mystery, since you can figure out who did it (not murder but pranks). However, if you want a good laugh with an interesting set of characters then this is for you. There were moments where I smiled and others where I laughed out loud. I thought the narrator did a great job in voicing the characters. She had me listening to the audiobook until the very end, I would recommend listening to her. There isn't any violence that I can remember but there is some profanity and what I would consider moderate sexual content. The sex scene does occur behind closed doors. The book itself ends on a cliffhanger, so I am dying to find out what happens next. Would highly recommend this book.