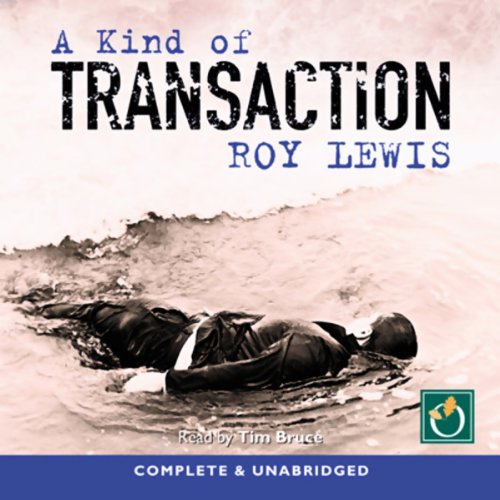 A Kind of Transaction

The arrival of Malaysian businessman Simon Chan in the north-east brings the prospect of business for Morcomb Estates and an assignment for solicitor Eric Ward: find the missing executive Harry Staughton. At the same time, the merchant bank on whose board he reluctantly sits asks him to investigate an aggressive takeover bid against their clients, Artaros SA. Neither task is clear cut. When a body is washed ashore in Spain, the trail leads Ward to Berwick, where he stumbles upon another murder - and finds himself fighting for his own life. But it is only in the courtroom, where Ward is pitted against his old adversary, Charles Davison, that the threads of these interwoven cases finally unravel.
©1991 Roy Lewis (P)2006 Oakhill Publishing Ltd
Mystery Thriller & Suspense Suspense
Show More Show Less

What listeners say about A Kind of Transaction

Sorry, too graphic for audio?

The excellent long review by "Amy" is accurate, but the first chapter of the book is almost gratuitously descriptive of a pre-rape scene. It's not like you are reading a book and can skip the graphic passages you really don't need. Unless readers really enjoy that kind of description, they might start listening at chapter two. The plot would be the same and the squirmy-ness avoided.

Author Roy Lewis has created a tale of intrigue in the world of international business. Although the opening chapter is bone-chilling, and towards the end the story becomes quite suspenseful, the core of the novel is understated in its quiet but steady plot development. Lewis gives us vivid descriptions of a variety of colorful and interesting characters and settings, seen through the eyes of protagonist Eric Ward. Eric observes the self-serving and unscrupulous nature with which several key characters surrounding him have attempted to make a dishonest buck while conducting “business as usual”, while he follows clues in an effort to find the mysteriously missing, apparently charismatic con-artist Harry Staughton, who has left a trail of angry people behind in the wake of his antics. Lewis has created an extremely likeable character in Eric Ward, honest and somewhat self-effacing, but with a strong sense of dignity and integrity. A nice touch to the story is the strong relationship between Eric and his wife. Although their careers often take them in different directions, they never fail to connect when they have time together. Eric Ward becomes ever-appealing as brought to life by narrator Tim Bruce, who has captured his essence perfectly, along with the other characters as well, all of whom he has rendered utterly believable. The narrator’s skills with accents are remarkable and his varying intonations excellent, creating clearly distinguishable characters with distinct personalities - the essence of what makes for an enjoyable listening experience. This also establishes proper flow and transition in the dialogue, making it possible for the reader to follow along with ease. I originally looked in to downloading audio books for my ailing grandmother who is no longer able to read, but after listening to this title, I’ve discovered the fun and convenience of audio books. Who can resist a good story, well-told? I'm hooked.