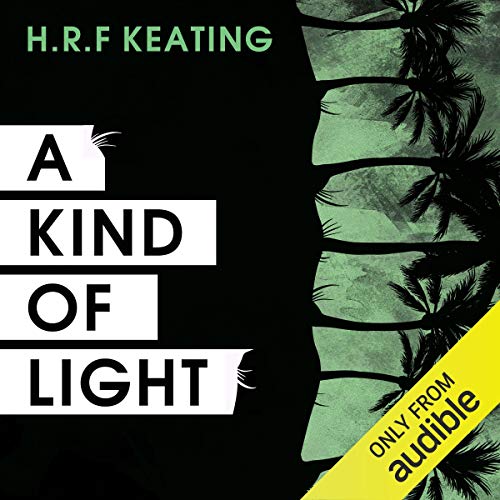 A Kind of Light

Written in 1987 and recently discovered by his widow, H. R. F. Keating's A Kind of Light is an homage to Joseph Conrad, a writer he greatly admired. It is from that author's Heart of Darkness that the title is taken.

Conrad's African jungle is the setting, and it has two interwoven stories. The first concerns a young Victorian gentlewoman who sets out into the heart of the Dark Continent, accompanied only by native bearers, in search of a plant which she has been told is the cure for the ravaging disease typhoid. She keeps diaries, six of which resurface a century later. Excerpts of these, together with a firsthand narration of her physically hazardous and mentally disturbing journey, give us a glimpse of Africa 100 years ago.

Alongside this, but set in present-day 1987, when Keating wrote the book, a young couple, having learnt of the existence of the diaries and the possibility that a further six were written and were preserved in Africa, determine to make a documentary film following in her footsteps, and they, too, set off into the unknown, hoping to discover the remaining notebooks.

Keating, as usual, manages to underscore these gripping narratives with provocative philosophical arguments on such topics as savagery versus civilisation, innocence versus corruption and atheism versus divinity as well as exploring the moral dilemmas facing the young in the mid-1980s.

Five years after his death, there is no doubt that Keating would have been delighted that A Kind of Light is surfacing as an original audiobook - he was passionate about the spoken word.

What listeners say about A Kind of Light