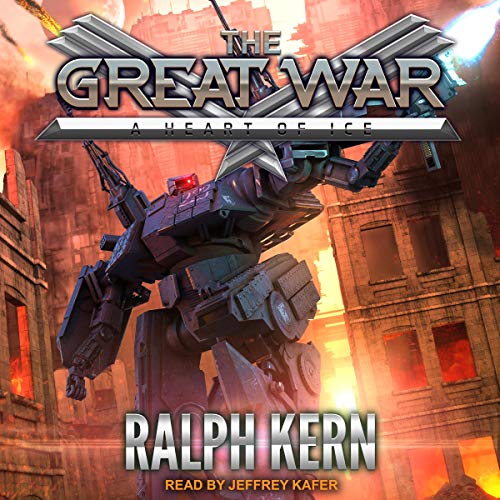 A Heart of Ice

By: Ralph Kern
Narrated by: Jeffrey Kafer
Try for £0.00

The largest invasion in the history of the galaxy begins.

The People’s territory is a prize ripe for the Hegemony’s taking. Their worlds myriad. Their resources immense. From the highest echelons of government to the citizen toiling, it is a beacon of equality and a worker’s paradise.

Except some are more equal than others. To disobey, even to question, means death. Or worse.

Private Iriana Sharov is just one soldier in the People’s army of millions. When Hegemony assault ships darken the skies and disgorge legions of merciless troopers and mechs, she learns they are all merely pawns for their masters to sacrifice on an uncaring whim.

The two brutal empires collide. For Sharov and her comrades, hope is measured in surviving each day, even each hour, as it comes. But when she discovers her skill with a sniper rifle, Sharov soon finds herself a hero of the People.

Her odyssey will take her from the battlefields of an agricultural world, through the vicious street fighting of a labyrinthian factory moon, and into the very corridors of power in the People’s capital city.

But the greatest danger isn’t the Hegemony and its vast armies of ever-advancing troops and war machines. It is telling the truth to those who don’t want to hear it.

For thrilling infantry and mech combat, get the next intense novel of the Great War.

What listeners say about A Heart of Ice