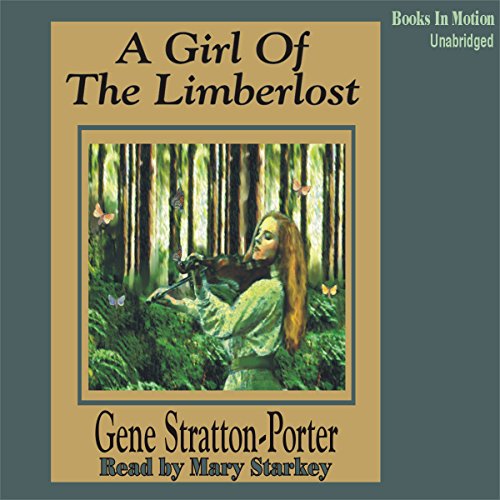 A Girl of the Limberlost

A Girl of the Limberlost

This is the sequel to Freckles - the moving story of a young girl whose kindness and wholesome philosophy brightens the lives of everyone she meets.
©1999 Gene Stratton-Porter (P)2005 Books in Motion

Written in 1909 - glimpse into the period

I nearly quit listening 15 minutes into the book, I found the audio and writing style to be irritating and the combination of both was driving me mad. I decided to relax and consider it a historical lesson of writing styles and values of the time period after learning it was written in 1909, back then the New York Times thought it was great and it was widely read. Elnora collects moths and being unfamiliar with them I found a web site that shows the moths of the Limberlost and it made it a bit more interesting. Very Pollyanna-ish, proper and could use a good editing to reduce the redundancy. I probably won't read again but about mid-way was invested enough in plot enough to rewind a part I missed and listen more carefully. Could be a fun home school read to explore the values and moths.

This is a fantastically fun and sweet story. i would easily give it 5 stars, except that the audio quality shifts throughout and is frequently quite poor, sometimes with echo, and sometimes quite muddy.

This is a great story, and a really, really good reader. However my enjoyment of this particular audible program was hampered somewhat significantly by spotty audio quality. It felt like I was listening to an old, beat up cassette tape sometimes.

It was a little long....the story at the end drug a little bit, I thought. But overall, I enjoyed listening to it!

This book has much meaning and lessons for life!

I read this as a child, and I knew I needed it again now. I feel bolstered by its messages.

The narrator herself was good. But the recording was bad.. Half the time you’d be listening and her voice would fade out like she’d went into a tunnel.. not very pleasant but I keep listening because the story was excellent!

awesome book not a very good narration though.

the book is a favorite of ours but when we heard the narration it kind of set the book back a bit in our estimation of it...sometimes it echoed and no matter how we set the speakers in the vehicle she got to the point we just didn't want to hear her it wasn't that we didn't want to listen to the story.

I loved Mary Starkey's reading of True Grit, so rushed to buy several of my favorite books read by her. My enjoyment of the stories was spoiled by her poor readings with awkward emphases in the wrong places. She often rushed through the more poetic parts, spoiling them. I hope these are redone by another reader. Freckles is the other title she spoiled.

What a delightful tale and read beautifully!

Wonderful. Mary Starkey read this so well. I am going to allow her to read another book to me next!