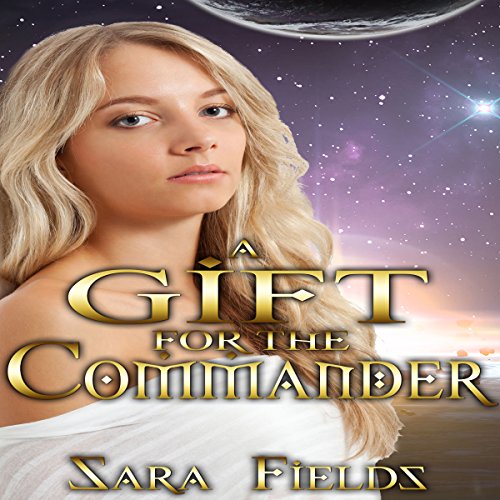 A Gift for the Commander

A Gift for the Commander

After she is rescued from a cruel tyrant and brought to the planet Terranovum, Olivia soon discovers that she is to be auctioned to the highest bidder. But before she can be sold, she must be trained, and the man who will train her is none other than the commander of the king's army.

Wes has tamed many human females, and when Olivia resists his efforts to bathe her in preparation for her initial inspection, he strips the beautiful, feisty girl bare and spanks her soundly. His stern chastisement leaves Olivia tearful and repentant yet undeniably aroused, and after the punishment she cannot resist begging for her new master's touch.

Once she has been examined Olivia's training begins in earnest, and Wes takes her to his bed to teach her what it means to belong to a dominant man. But try as he might, he cannot bring himself to see Olivia as just another slave. She touches his heart in a way he thought nothing could, and with each passing day he grows more certain that he must claim her as his own. But with war breaking out across Terranovum, can Wes protect both his world and his woman?

Loved the author and the story. The editing is the issue. I don’t know if someone didn’t listen to it after the story was done. But there was a lot of repeating in the narration.

A fabulous book with a great narrator

Take an excellent story add in great narration and you have Sara Field’s audible book. The narrator did a great job of bringing Ms. Field’s amazing story to life. He pulls you in with ease and takes you on this incredible journey to a new world.

Narrator was AWFUL. . . story was was pretty good

Olivia's story was pretty good. Even though she was a slave, she was still a strong woman with a sense of self.
The narrator ruined it. He was monotone and dull.