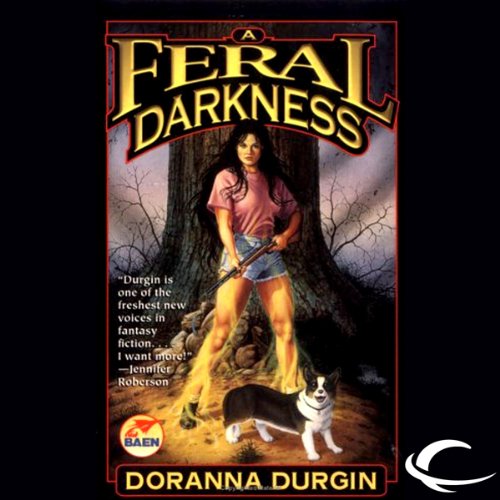 As a child, dog-loving Brenna Fallon naively invokes an ancient Celtic deity to save her beloved hound - and inadvertently anchors the new-found power at a spring on her family's farm.

Years later, thanks to the actions of several angry young men, Brenna discovers the terrible potential of that gateway. With a devastating plague unfolding abruptly around her, she must depend on her wits, a stranger she doesn't trust, and a mysterious stray dog who becomes more than just a faithful companion as she struggles to drive back the threat of a modern Black Death.

Welded by a desperate sacrifice, woman, man, and dog face the feral darkness together.

As a lover of dogs whom has recently lost my precious merilled doxie, this book had my emotions on a roller coaster! If you want a book that will completely draw you in & you will hate to have it end, here you go.

This is an ok story, though a bit on the weird side. I did like that the main character comes into her own and stands up to people who would walk all over her.

Loved this book. I loved the little Cardigan Corgie and all of the Celtic references. Could not wait to go for a drive and listen.

I don't know if a different narrator could have improved the story for me.

What was most disappointing about Doranna Durgin’s story?

That I couldn't listen to the complete recording to actually judge the story.

I felt that it was stilted, and that there were awkward pauses that were obviously representative of written punctuation.

Frustration and disappointment: I don't know if I simply disliked the narrator's performance, or if it was a combination of the poor narration AND the story itself.

Could not get past the 2nd chapter

The story seems viable as a fiction story. However the "narration" sounds like it is being read by a low cost version of Alexa. I will have to read this on the page to maybe be able to rate it higher, but this is a perfect example of the difference between narrating a book and performing a book for the voice talent.

It was OK. Just needed to be thought through more so the story line was more cohesive.

Did I pay for this?

I literally couldn't get through this stupid story. Not so much the story as the writing and Stupid Characters. Just not that appealing. If I'd gone on it only would have been in false hopes that this lame main character gets eaten or destroyed or whatever by the supposed evil entity. I'm rooting for the monster. Think I'll leave it that way. Save your money

struggle to get thru it. something seemed unfinished over all. the main character was strong but I didnt like the guy love interest. I didnt feel he was worthwhile.

Doranna Durgin at her best!

Story and narrator combine for a truly great listening experience. Save it for the weekend!! You wont want to put it down once you start listening!