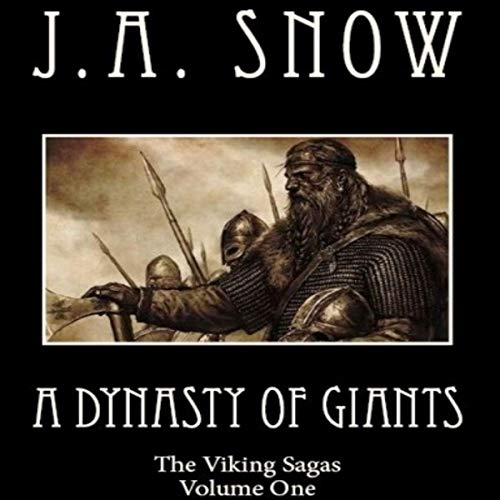 A Dynasty of Giants

Being a genealogist for over 30 years, I was particularly fascinated by the branch of my family tree whose roots were in ancient Kvenland (now called Finland).

Their story begins with the giant boat-builder, Kaleva, his only son Fornjot, and his three grandsons, Logi, Kari, and Aegir. When the boys go on a god-quest to find the one-eyed god Odin, it is only the beginning of their adventures. Sibling rivalry over birthrights and dominance grows between them that eventually leads to war and death. Blood between brothers will flow.

It is genealogy and history colliding with Norse mythology in the land of frozen fjords and winter darkness. Travel back to where the Viking Age all began and delve into the personalities of the Northmen and their women.

What listeners say about A Dynasty of Giants