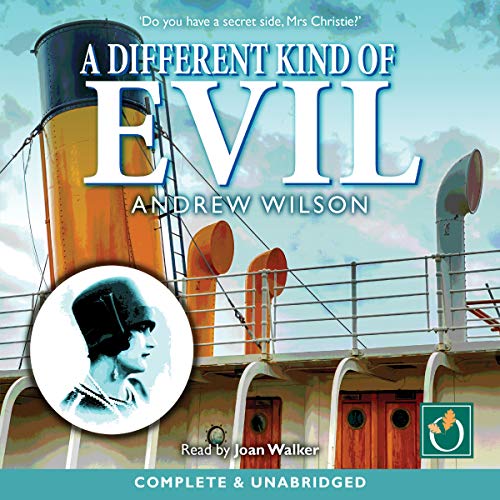 A Different Kind of Evil

By: Andrew Wilson
Narrated by: Joan Walker
Try for £0.00

In January 1927 - still recovering from the harrowing circumstances surrounding her disappearance a month earlier - Agatha Christie sets sail for the Canary Islands, tasked by the British Secret Intelligence Service with investigating the death of one of its agents, whose partly mummified body was found in a cave.

One morning, Agatha witnesses a woman throw herself from the ship into the sea. Initially, nobody connects the murder of the young man on Tenerife with the suicide of a mentally unstable heiress. But Agatha soon uncovers some dark secrets and must use her novelist's talent for plotting to outwit an enemy who possesses a very different kind of evil.

What listeners say about A Different Kind of Evil

An interesting story set in Tenerife where I live.

I really like the narrator's voice, the geographic references about Tenerife are quiet accurate and its a very good book for Canarian Tourist Guides guiding English speakers and holidaymakers to read and improve their English descriptions and vocabulary.