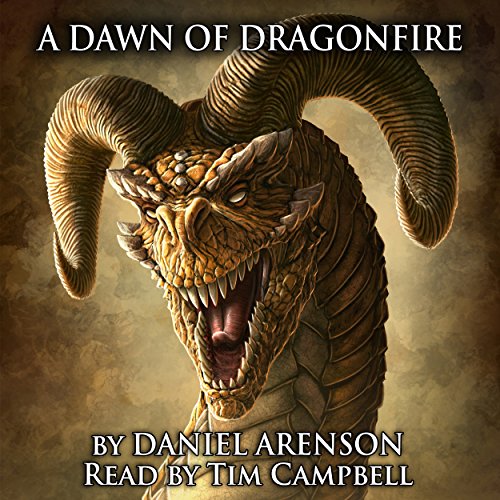 A Dawn of Dragonfire

By: Daniel Arenson
Narrated by: Tim Campbell
Try for £0.00

"Their wings thudded. Their flames roared. Thousands of dragons, warriors of Requiem, soared through wind and darkness. Their cries rose in the night: for war, for fire, and for glory."

The people of Requiem, an ancient kingdom, can grow wings and scales, breathe fire, and take flight as dragons. Their hearts are noble, their wisdom great, their kingdom a land of beauty and peace.

This peace will soon burn. From the south, a fire rises. Birds of flame take flight. The phoenixes soar, beasts of heat and wrath, large as dragons and cruel as wildfire. Their purpose is one: destroy the land of dragons.

Requiem's dragons have defeated countless enemies. Their claws are sharp and their flames bright. But how can they fight the phoenixes, creatures woven of sunfire itself?

What listeners say about A Dawn of Dragonfire

I received this book free in return for a unbiased review.