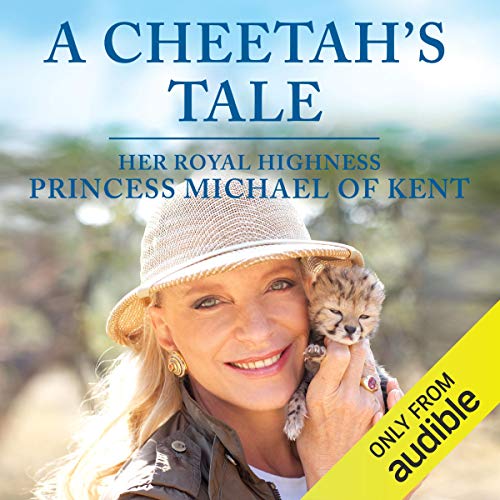 This charming autobiographical tale from HRH Princess Michael of Kent tells of a girl growing up and the incredible bond that can exist between people and animals. Beautifully written by a natural storyteller, it is also a wonderful portrait of Africa - the cheetah version of Born Free - and will delight listeners worldwide.

In the early 1960s, Marie Christine von Reibnitz (who would later become HRH Princess Michael of Kent) lived with her father on his farm in Mozambique. Then just a teenager, Princess Michael was entranced by the African landscape, by the wildlife and by the people she met. It was one of the happiest times of her life, and she recounts that it was an orphaned cheetah cub (called Tess) who played a huge part in making it so.

The relationship between the young Princess Michael and Tess, whom she hand-reared and later successfully released into the wild, having trained her to hunt and survive on her own, will touch every listener's heart. Vivid, moving and hugely engaging, replete with anecdotes and hair-raising encounters, this is a major natural history autobiography.

What listeners say about A Cheetah's Tale

Didn't want to listen to a history of the cheetah and am concerned that there are a number of inaccuracies quoted. Didn't end up finishing it as it was very boring