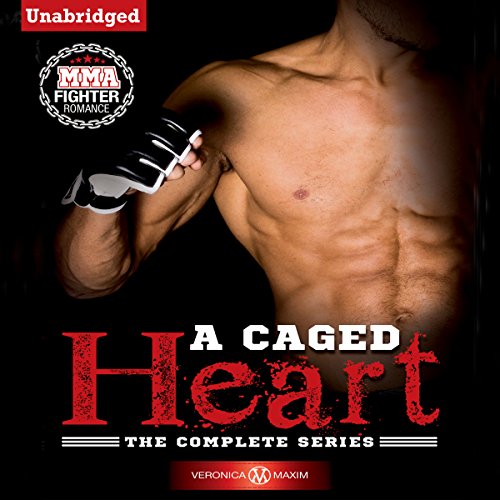 Jasmine: I never thought that it would come to this. I've watched my best friend's brother fight for years without letting myself go there. And now that tragedy has struck I can't help but be drawn towards him as we cling to each other like never before. I know he'll hate me once he realizes that his world fell apart because of me.

Cain: I can't change the past but I'm damn well determined to move forward with Jasmine. How could I not? I've fantasized about her for years. And now with her at my side I can finally focus on winning my first title in the cage. But something just doesn't seem right. I feel like she's hiding something from me.

Amara: After all that my daughter and I had been through the last thing I needed was to get myself involved with a cocky cage fighter, even if he was the most gorgeous blonde I'd ever seen. I just needed to focus on my job and move on to the next patient. But every time I saw him, he disarmed me with his charm and made my heart do things I'd never seen before.

Jackson: After a devastating loss I thought I had lost everything - my belt, my team, my knee. But then this angel dedicated herself to my recovery and I found hope again. I had promised her that I'd never fight again, but I have to get back in the cage to reclaim my dignity. And I can't do this without her.

Stella: I'm used to coaching knuckleheads both in and out of the gym. All I've wanted was to help my brother get a title of his own. But after what's happened, I have no choice but to start over. And partner up with one of our rivals, a sexy Scotsman known as the "baby-faced killer."

Aaron: I didn't make a name for myself in the fight clubs overseas by being a weak man. I go after what I want until I dominate the competition. Now that I'm in the States, I have something to prove to everyone who's ever tossed me aside. The bonnie new trainer can definitely teach me something new.

The popular MMA series is now in one complete box set from author Veronica Maxim! These can be heard as standalone books, but it does include characters from the entire Caged Heart Series.

She Did It Again

I was given this book in exchange for an unbiased review via audiobook boom. I love the stories this author generates. She does not hold back on the strong women who also have sense enough to know they can't do it alone. The men are delicious and the overall stories make for a good listen while I am busy crocheting.

Such a good book.

I was given this book in return for my honest unbiased opinion. I really enjoyed this book. It wasn't the usual Veronica Maxim story and I did appreciate that this was kinda out of the box. I enjoyed all three stories. The narration was ok. I think I would have liked a dual narration or just someone that had a stronger male voice at times. Overall I liked this book and would recommend it.

I love a great MMA fighter book and this series did not disappoint. Veronica Maxim has become one of my favorite authors. I love the author writing style and how she portrayed characters that are strong, bad ass, sexy, and intelligent. My favorite character was Stella in the Rebel. I loved the fact that she was a strong woman capable of coaching some of MMA bad ass fighters. She took her job serious and I liked that the men respected that.

I am NOT a mixed martial arts fan BUT, the description of the action, drama & rated R sexual incounters (not rated x) with strong positive bw with extremely alpha wm was refreshing. I am a VERONICA MAXIM fan. I just hope that there are some lead bw ithat are slightly older (40) in the future but, these stories are WORTH THE CREDIT & MONEY.. Bravo with diversity,

loved this book, very well writen and narrated. i definitely recomend. definitely. an.author i will like to read more of

What made the experience of listening to A Caged Heart Complete Series the most enjoyable?

Relaxing and having the book read to you.

What was one of the most memorable moments of A Caged Heart Complete Series?

When Cain finally won the match of his life and also when they finally ended the mystery of his sisters killer.

If you could rename A Caged Heart Complete Series, what would you call it?

I love these books about three strong alpha me and the women they love.