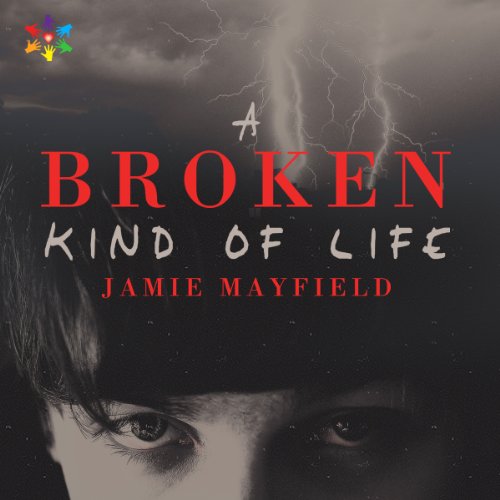 A Broken Kind of Life

A Broken Kind of Life

Aaron Downing is broken, barely clinging to the hope that one day, he will be normal again. His life remains a constant string of nightmares, flashbacks, and fear, but he perseveres and starts college, determined to move on.

Then Aaron gets assigned to work with Spencer Thomas for his programming project. Aaron doesn't want Spencer to think he's a freak, but as he gets to know his new deaf friend, he figures out he doesn't need to be "normal". If he could just learn to control his fear, that could be enough to find his footing again.

Or so Aaron thinks until his parents begin talking about institutionalizing him to give his brothers a more stable life. He searches desperately to find a way to cope or even to fake normalcy. But his new shrink's instability makes conquering his demons that much more difficult, and his attraction to Spencer threatens to send Aaron spinning out of control.

Adapted as a YA edition of the novel Aaron by J.P. Barnaby.

One hundred percent of the author's royalties are being donated to help homeless LGBT kids find safe shelter.

The writing is occasionally a little laboured but it is touching, hopeful and nicely read

Toned down version of Aaron by the same author

If you could sum up A Broken Kind of Life in three words, what would they be?

What was one of the most memorable moments of A Broken Kind of Life?

One of the less obvious moments but one that really appealed to me and "sold" the whole idea of Aaron's supportive family takes place at a family restaurant. Aaron's two younger brothers both do some serious looking-out for their big brother in really sweet ways. One by simply taking him outside to "ride out" a panic attack and one by ordering off the child's menu so that his big brother can have the meal he really wants.

I listened to the audio-book version of both books, Aaron was narrated by Tyler Stevens. Stevens did an amazing job with the narration. The voices of the main characters are easily distinguished and fit well with my conception of the characters. Stevens also did a brilliant job of switching between Spencer's cadences as a deaf speaker and the more common cadences of the hearing speakers. he also did a remarkable reversion to child-speak voice that Aaron uses when panicked that was particularly effective. Tristan Wright did the narration for The YA version a Broken Kind of Life and was good but having heard Stevens' version first, I missed some of the brilliance of his performance. Both audio versions suffered a bit in that there are several very rough segues between time changes. Perhaps these should have been separated into chapters or there might have been a musical cue. As presented the abrupt changes were at times hard to follow

Two years ago Aaron's life as he knew it ended when he and his best friend Juliet stopped to give directions to the men in the beat-up van that hailed them. Now Juliet is in the cemetery and most days Aaron wishes he was too. Instead he lives in state of near constant terror unable to look at his scarred face in the mirror or even shower his burned and scarred body without flashing back on the horrifying events of that day. His sleep is full of nightmares and even the slightest touch of his loving mother sends him into a downward spiral toward terror that only heavy doses of tranquilizers and anti-anxiety meds have seemed to make a dent in.And yet when Aaron's mother pushes him to take a computer course at a community college, Aaron is forced to interact with Spencer, a deaf boy with issues of his own. Yet, somehow these two misfits find a way closer to normalcy through each other.This story is a slightly toned down retelling of the author's novel Aaron. It has been criticized for some inaccuracies as to the psychological methods employed by the stories doctor but but somehow that soon doesn't matter as much as these two wounded souls charm their way into your heart. And it's not just the two protagonists. The author has crafted a heartwarming story and has created some deeply sympathetic characters. I love the relationship Aaron has with his mother. I love his two brothers I love Spenser's father. I've always had a thing for characters willing to let their vulnerability show and these characters are all vulnerable and endearing. This may well be one of those books that you love and read again and again. Perhaps it's all those plaintive Simon & Garfunkel songs I was exposed to in my youth along with movies like Brian's Song or even books like Love Story, Death Be Not Proud and Thursday's Child, but I do love a good three hankie story and this is one of the best I've seen in yonks. I'd also like to comment briefly on some of the differences between the two versions of this story. While the books are over 95% the same material, there is a sex scene in the adult version featuring Spencer that I found particularly erotic. This has been replaced in the YA version with a bit more detail about Spencer's relationship with his aunt and an earlier relationship that he had. Also the YA version has many of the expletives softened or removed and personally, I thought that this worked better, particularly for Aaron who has a more child-like persona because of his trauma. There is also a memory-mapping scene that Aaron has during therapy that is substantially different. In the YA version the memory recalled is that of bleeding out and losing consciousness after the attack while the adult version feature a cigarette burning bit. I'm not sure which, I'd consider more traumatic.By all means. This is one that you should read and judge for yourself.