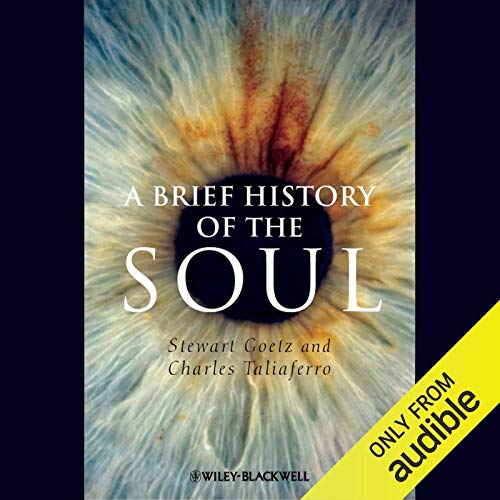 A Brief History of the Soul

A Brief History of the Soul

The concept of the soul is accepted in many religious traditions and widely used in fictional worlds, and yet the idea that we are anything more than physio-chemical organisms seems out of step with contemporary secular thinking. Scratch the surface of western philosophy, however, and you find a history filled with arguments in favour of the idea that we are embodied souls. This book provides a clear and concise history of the soul, from Plato to cutting-edge contemporary work in philosophy of mind. Taking in the arguments of influential thinkers, such as Aristotle, Aquinas, Descartes, and Hume, Goetz and Taliaferro tackle keys issues, such as the problem of mind-body interaction, the causal closure of the physical world, and the philosophical implications of the brain sciences for the soul's existence. A Brief History of the Soul brings together historical and contemporary scholarship to examine one of the essential questions of our existence.

Stewart Goetz is Ross Frederick Wicks Distinguished Professor in Philosophy and Religion at Ursinus College. He has written extensively on the philosophy of mind and action theory and his books include Freedom, Teleology, and Evil (2008), Naturalism (with Charles Taliaferro, 2008), and The Soul Hypothesis (edited with Mark Baker, 2011). Charles Taliaferro is Professor of Philosophy at St. Olaf College. He is on the editorial board of the American Philosophical Quarterly, Religious Studies, Sophia, and Philosophy Compass. His books include Consciousness and the Mind of God (1994, 2004), Naturalism (with Stewart Goetz, 2008), A Companion to Philosophy of Religion, 2nd edition (edited with Paul Draper, Wiley-Blackwell, 2010), and The Image in Mind (with Jil Evans, 2010).

"This is a courageous book: It takes up and defends a position to which the current intellectual climate is generally hostile, namely that human beings are embodied souls. The book's very title throws down a challenge to the philosophical establishment. Nonetheless, even the most resolute enemies of dualism will welcome Stuart Goetz and Charles Taliaferro's overview of historical and contemporary positions on the existence and nature of the soul." (Anthony Kenny, The Times Literary Supplement)
"From Homer's dream-demons to contemporary MRI research, the subtle and varied expression of mental life has been an obstacle to the claims of physicalism. A Brief History of the Soul takes a now formidably challenged position. The clarity and fairness of the exposition are exemplary, moving the reader from era to era, and leaving little doubt but that, as ‘soul’ has a rich philosophical history, so too is it likely to have a robust future." (Daniel N. Robinson , Philosophy Faculty, Oxford University)
"A Brief History of the Soul accomplishes two important goals: It provides a concise history of the soul without treating that history as anachronistic, and it constantly relates its topics to contemporary issues in philosophy of mind. I enthusiastically recommend it, and will use it in my own philosophy of mind courses." (J. P. Moreland , Distinguished Professor of Philosophy, Biola University)

What listeners say about A Brief History of the Soul

Good survey of the sold for the somewhat technical

Good history of the soul (especially Descarte) and a good articulation of the position for the soul. Was too brief in my opinion. Non-technical readers also beware, it's not always in layman's terms.