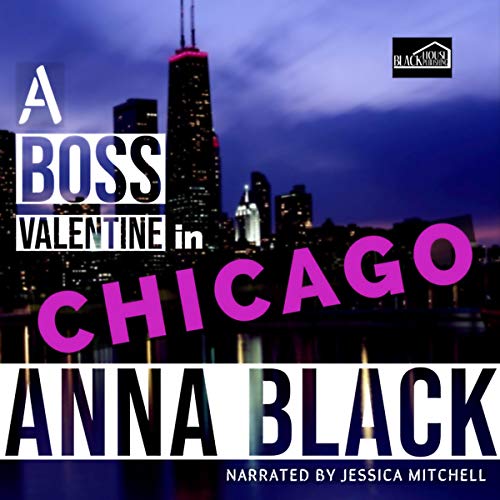 A Boss Valentine in Chicago

A Boss Valentine in Chicago is by far one of the best African American urban fiction standalone novellas books out. And now it’s available here just for your listening pleasure. In this classy romance, you’ll take an unforgettable ride with the national bestselling author Anna Black and the smooth narration of Jessica Mitchell. Anna's writing is very clever; her characters are funny, relatable, and unforgettable. Divorce attorney Chante Harrison is not looking or interested in falling in love, especially not with a man 10 years younger than she is. With an out of control teenager that is convinced that she has chosen her career over him is enough to deal with and falling in love is the last thing on Chante's agenda. Aspiring chef London Johnson, young, handsome, and charming, gets the opportunity to meet Chante when he delivers her dinner on a night that the restaurant where he works is short staffed. As soon as he lays eyes on her, he wants her. Even though he knew she is older than he, that doesn't stop him from asking her for her number.

Flattered but not interested, Chante decides to give him a chance, believing that there is no way they'd have anything other than a physical connection. However, she soon learns that she is dead wrong.

Within a matter of weeks, London steals her heart. But because of their age difference, Chante is terrified and puts up a fight, only to be defeated by love.

What listeners say about A Boss Valentine in Chicago

I love Anna Blacks ability to make you apart of her books. She always leaves you wanting more.

Short and to the point!

Loved it! Short but sweet and to the point. I look forward to exploring additional books with the same narrator.

Loved it great book but too short hoping there is a part 2 soon .

I'm struggling with the younger man older woman issues. This touched my heart. Anna Black is a good story teller her stories are just long enough not to get boring. I have to skip chapters through so many stories cause the dialogue is so repetitive, just to get to the ending but haven't struggled with Anna Black's stories like that. keep "em coming

I really liked this book and would recommend it. It had a great storyline and sexual storylines. I wish this book was a movie or TV show.

This couple was great together and I like how he told her son to show her respect. I would have given it 5 stars if the author hadn't used God's name in vain. You don't have to use "GD" to have a great book.

Cute short story. Read it in one sitting!! I had to see how everything turned out!!!

I just love this book

I would like for a man to narrate the Male characters . it just sounds better

I truly enjoyed listening to this book. They should make a short movie. I look forward to listening to other books by this author

Great book, but sheesh! it was s too d*m short! I need more of London!

This books was so good that I just could not put it down.. I am a older women and I have my hang up's on dating young. But I just I am really missing out.. Keep up the great work.. This was a very good read.