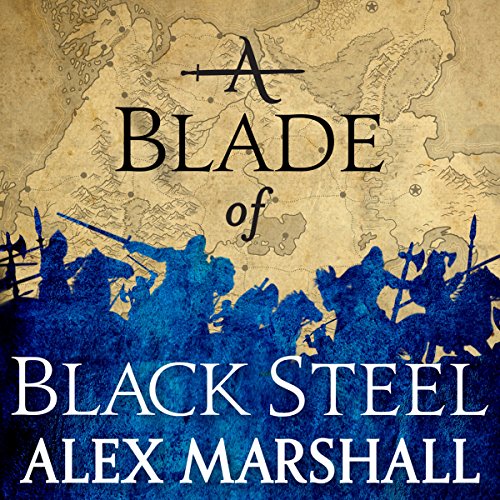 A Blade of Black Steel

By: Alex Marshall
Narrated by: Angele Masters
Try for £0.00

Action-packed epic fantasy from the author of A Crown for Cold Silver: a retired warrior returns to battle to seek revenge for a terrible blow; old friends and old enemies will pay the price.

After 500 years the Sunken Kingdom has returned and brought with it a monstrous secret that threatens to destroy every country on the Star. As an inhuman army gathers on its shores, poised to invade the Immaculate Isles, the members of the Cobalt Company face an ugly choice: abandon their dreams of glory and vengeance to combat a menace from another realm or pursue their ambitions and hope the Star is still there when the smoke clears.

Five villains. One legendary general. A battle for survival.

What listeners say about A Blade of Black Steel