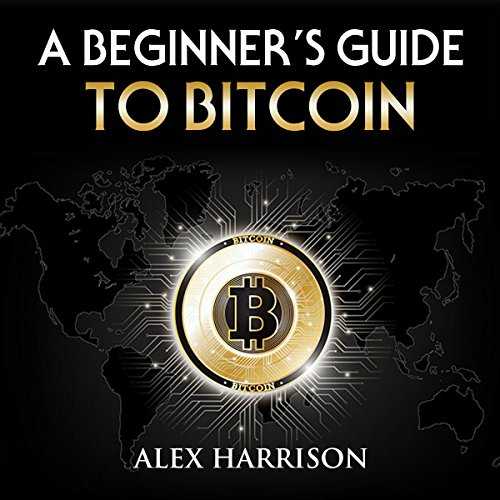 A Beginner's Guide to Bitcoin

By: Alex Harrison
Narrated by: Brian Moore
Try for £0.00

Bitcoin may seem complicated at first, but is actually very simple to use. As long as the user is careful in securing their digital wallet and uses the system correctly, Bitcoin can be a very simple way to send and receive funds. While the first idea of cryptocurrency such as this was described by Wei Dai in 1998, the first real prototype, Bitcoin, was created by Satoshi Nakamoto, a name used by someone whose real identity is still unknown since first publishing the paper, "Bitcoin: A Peer-to-Peer Electronic Cash System", on October 31, 2008 to a cryptography mailing list.

Bitcoin was first actually implemented in January of 2009. It was released as an open-source code, and anyone could create their own version of cryptocurrency using this information. Satoshi Nakamoto stepped down in 2010, and Gavin Andresen took over the reigns. Andresen then worked to ensure that Bitcoin was completely decentralized, meaning that no single entity has control over the system. Andresen said, "As soon as Satoshi stepped back and threw the project onto my shoulders, one of the first things I did was try to decentralize that. So, if I get hit by a bus, it would be clear that the project would go on."

What listeners say about A Beginner's Guide to Bitcoin

Great introduction into the history and inner workings of Bitcoin. For those seeking information on how to utilize Bitcoin I think this book is a good one to start with. From secure purchases to the safety of money transfers and investments, this book covers it. The narration is also very well done. I requested this book in exchange for my honest review. I recommend this listen to anyone interested in Bitcoin.

I can't say that I totally understand bitcoin. But, it's a big topic in investing communities and one I knew nothing about. I do, however, feel like I understand a heck of a lot more about it. This is a great introduction. To find out or learn about different investment ideas and such, I usually end up reading lots of different articles about it. This was much more pleasurable to have it explained to me in such a clear way. Narrator Brian Moore made it very interesting to listen to.

This was an interesting book that gives a simple explanation of what bitcoin is....

Good quick summary of what it's all about

Note: I was voluntarily provided this free review copy audiobook by the author, narrator, or publisher.

There wasn't anything overly spectacular about this book but it was a good, concise summary of the whole BitCoin thing. It's helpful for those who are completely clueless (like me) about this system.

What did you love best about A Beginner's Guide to Bitcoin?

I really liked this introduction to Bitcoin. I've always struggled to understand what exactly Bitcoin was, but this book made it much clearer.

Recently I've become really interested in crypto currency as a concept rather than as an investment. I picked up this book as a complete beginner to bitcoin. I came in understanding the concept of blockchains and how they work, but not how bitcoin implemented the concept.

While short, the book was concise in it's explanation of bitcoin and its practical applications. If you are curious what bitcoin is and how it works, this book will certainly help and answer most if not all of your questions.

This audiobook was gifted to me by the publisher in exchange for an unbiased review.

Most Questions Answered In This Audiobook

This was a great beginner's guide to Bitcoin useage. Anyone online has surely heard of this but many don't know anything about it, like me. I've been interested but still somewhat confused. I talk about this but to my understanding and I think this audiobook clarified that, is that bitcoin is something you want to use not save. The value can fluctuate greatly and is still in its infancy. But this was an overall good listen for a person new to bitcoin.

Brian Moore did a fine job narrating. He spoke clearly and was easy to understand.

Info was accurate and Good

Great information for those who are just now getting into Bitcoin

Short and to the point

I found this book to be very informative and just the right size for an introduction to bitcoin. However, I think it might have been better if it had included a downloadable file to show screenshots of the ledgers, how to send and receive money, etc. Brian Moore did a great job with the narration. I received a review copy at my request and voluntarily reviewed.

We are living in the future, and it is digital from our entertainment to our libraries; from our favorite stores to our very wallets now? That's what it looks like. Very good resource here to get you acquainted with Bitcoin, the most popular crypto-currency

Well researched, well written and the narration was superb! This will save you hours of research on Google or your favorite blogs. Start here.