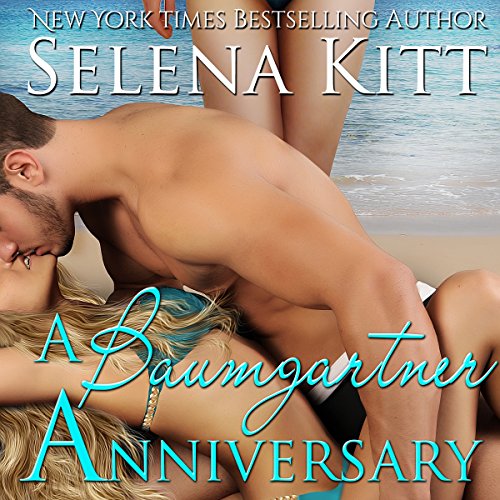 The amorously adventurous Baumgartners are back and they have cause to celebrate.

As their son Henry gets married, Doc and Carrie have sent their last little fledgling off to fly and are ready to follow their bliss together as a couple.

While Carrie's love for Jody goes way back, now Doc has fully embraced her, too - in so many ways.

In fact, on the eve of the Baumgartners' anniversary, Doc has a wonderful surprise for both of his girls....

What listeners say about A Baumgartner Anniversary

This series has been really great.! This book ( The B's Anniversary) was way to short though. Would have liked more interaction sharing their love and commitment with one another. Jody is the perfect partner for the B's. They are awesome together. Would love to hear more of their adventures together. Doc and Carry are exciting together. But with Jody, and her southern spunk, added in, their adventures would be endless.
I really love E. V. Grove as the narrator.
Thank you for this series
Selena Kitt.