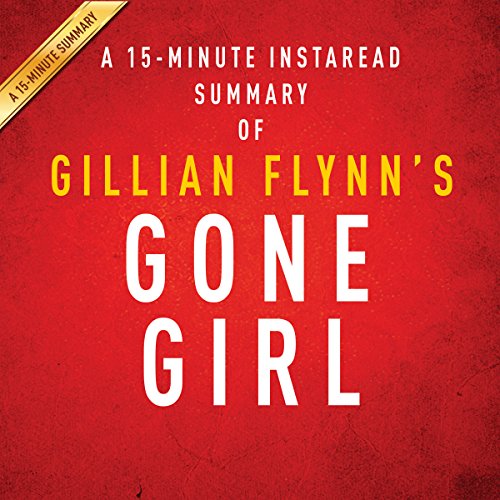 A 15-Minute Summary of Gone Girl

Nick and Amy Dunne have both lost their jobs. Nick's mother is dying of cancer, so they move from New York to Missouri to help Nick's sister, Go, care for her.

Some time later, Nick is at the bar he owns with his sister when he gets a call from a concerned neighbor. Nick goes home and finds evidence of a struggle in his living room. His wife, Amy, is missing.

Detectives Rhonda Boney and Jim Gilpin arrive at the Dunne home. They take Nick's statement and search the house. They find a small present for Nick. This is his fifth wedding anniversary. Amy creates a treasure hunt of clues for Nick every year on their anniversary.

January 8, 2005. Amy Elliott went to a party and met a boy named Nick. He walked her home and kissed her.

July 5, 2008. It is Amy and Nick's one year wedding anniversary. Amy writes about how in love they are. She creates a treasure hunt of clues for him to follow...

What listeners say about A 15-Minute Summary of Gone Girl